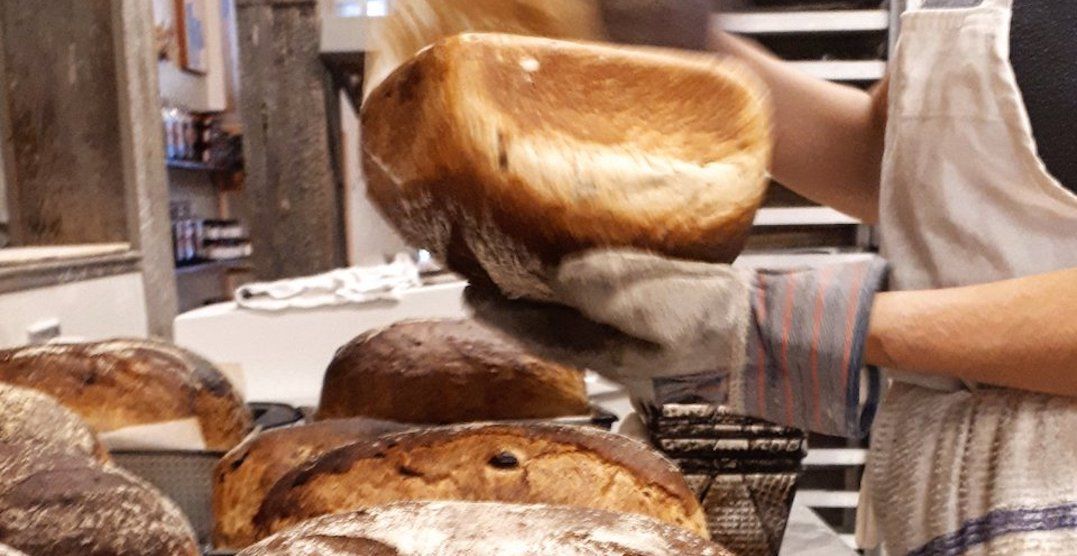 It’s been a few weeks since Ontario minimum wage was supposed to increase but… didn’t.

And since the day that a Toronto coffee shop owner bumped his staff’s minimum wage to $15 an hour anyway, it’s come to light that he isn’t the only one.

As it turns out, there’s a whole slew of small businesses in Ontario that are offering staff a $15 starting wage, along with other perks (that are actually pretty simple, but are often non-existent nonetheless).

Some include the aforementioned HotBlack Coffee, Bread by Us, Crawford Boys Clothing, Broad Lingerie and Neal Brothers Foods.

The common denominator of these businesses is Better Way Alliance, a group of companies that aligns in their priority to invest in employees for the betterment of businesses.

And the humans who work for them.

The Better Way Alliance was founded in 2016 to highlight “the other side of the business world,” said spokesperson and business owner Gilleen Pearce.

The businesses connected to Better Way all pay their staff at least $15 per hour, offer two or more paid sick days, and implement fair scheduling practices.

“Me and my contemporaries do work completely differently,” Pearce told Daily Hive.

“If you check out Stats Canada, you’ll see that more than 80% of jobs are created by smaller businesses. But then you have the largest companies having the biggest lobby play,” she said.

And the largest companies aren’t as concerned with having a high staff turnover-rate, because the money is there to train new staff as quickly as they’re hired.

“Small businesses are here with a smaller voice, creating good jobs and paying more because we don’t want that turnover.”

Having a low turnover rate benefits small businesses both financially, and in terms of morale. When staff are dedicated to and enjoy being at their workplace, they’re bound to create a more welcoming atmosphere for customers to enjoy.

And when staff feel secure, respected and valued in their positions, it lays a foundation for them to propel forward. Sometimes they’ll even find a passion for small business themselves, which benefits the community by creating more outlets for local, sustainable goods.

As a student at the University of Toronto, Conover worked in a retail position that supported her in more ways than one.

First, she was paid a fair wage. And she received benefits too. Not only was her financial experience better than many retail positions, she also felt emotionally backed by the company she worked for.

“[I had] the feeling that the work I was doing was real and valued,” Conover told Daily Hive. Which is hugely important because, as she explains, working retail is a skill.

“It’s hard,” she said. “It’s devalued not just in money, but people see it as a stepping stone, where you’re just paying your dues. But it doesn’t have to be that way. You can create an atmosphere that’s focused on [developing] more skills.”

Because Conover’s workplace demonstrated fair business practices and treated her well as a staff member, she felt confident that she could offer staff great experiences in her own business model.

Now three years into her venture with Broad Lingerie, Conover pays her staff a starting wage of $15 per hour; a pay which increases with skill and experience.

She also offers staff four paid sick days, which she emphasizes are not only to be used for physical illness.

“[I’m] valuing mental health just as much as physical health and making that actually known. It’s one thing to have policies in place, but you need to make them accessible and follow through,” she says.

Along with offering the freedom for staff to take mental-health days, Conover works to emphasize wellness in her business by offering the same open, body-positive and accessible atmosphere that the space advertises externally to the internal environment, too.

“I don’t think I could have that front-facing view if what was going on behind the scenes was not that way as well. These days, a lot of wonderful, forward-thinking thoughts are being used as marketing tools. But if you’re doing that, you need to believe in them both ways,” she says.

And Conover wants people to know that although starting a business is a hard task, it’s one that can be done with the staff’s well-being at the forefront.

“You have to really choose what you spend your money on,” she says.

It’s a difficult venture to invest in employees as a small business.

But for the return of having happy, healthy staff who are excited to come into work and propel the business venture forward, there’s a solid chance it’s worth it.