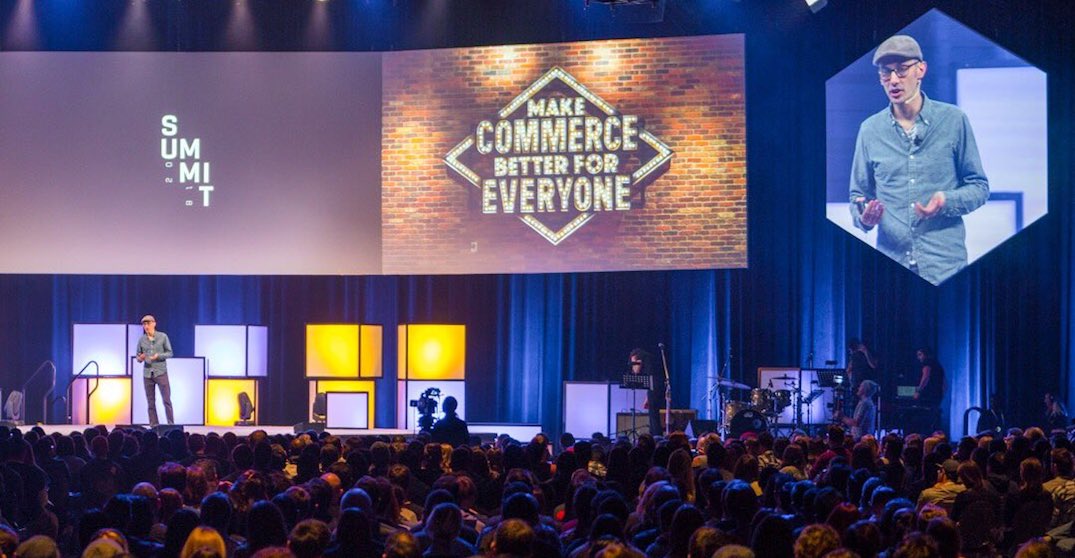 After two years in San Fransisco, Shopify’s annual conference is returning to Toronto.

According to BNN Bloomberg, the Canadian tech company will relocate Shopify Unite to Toronto permanently.

“Shopify is growing quite a lot and we wanted to bring something back to Canada,” Arati Sharma, Shopify’s director of product marketing, told BNN Bloomberg.

“We’re from Canada… and so why not bring it back to where we’ve grown our company? It felt like the right time for it.”

Unite, a three-day event, is being held from May 7 to 9 at Toronto’s Evergreen Brick Works this year, and draws thousands of developers and e-commerce experts from around the world.

And this year, Prime Minister Justin Trudeau will be among the event attendees.

Trudeau is expected to attend Unite on its second day, and will be participating in an armchair discussion with the founder and CEO of Shopify, Tobias Lütke.

Shopify’s news comes a week after one of North America’s fastest growing tech conferences announced its move to Toronto next year.

Collision, which has grown from 5,000 to an expected 25,000 attendees in 2018, is the world’s largest and most influential tech event, attracting CEOs of the world’s largest companies, founders of exciting startups, leading investors and media from more than 120 countries.

The 2019 Collision conference will take place at the Enercare Centre at Exhibition Place from May 20-23, and this will be the first time the conference will be held outside of the US.

“Canada is having a moment,” Sharma said in the interview. “[Toronto] is really being tech forward and it’s been supportive of us moving the conference here.”

On Unite 2018’s website, Shopify states that Toronto is the fastest-growing market for tech jobs in North America.

“Shopify is proud to be a part of this growth, and is excited to bring Unite to such a dynamic city packed with potential,” it says.