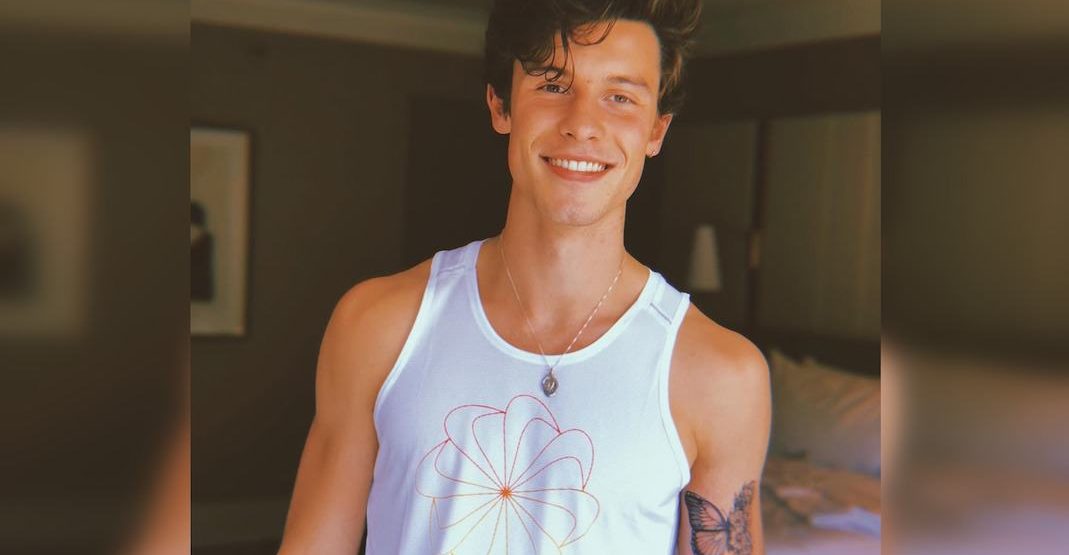 As one of the biggest pop singers in the world, it’s safe to assume that Shawn Mendes gets tagged in countless fan-edited photos a day.

And it turns out one fan’s creation really stood out to the Toronto singer, as Mendes got it tattooed on his left bicep.

Earlier this month, a fan shared an edited photo of the singer with a butterfly tattoo originally created by Chilean tattoo artist macdreaper.

“Wait, this is awesome,” he wrote on Twitter. “Can you DM the drawing?”

Just a few days later, on Monday, July 22, tattoo artist and fellow Ontarian Livia Tsang, shared a picture of the Señorita singer with a butterfly tattoo in the exact same spot the fan had suggested.

Shortly after, Tsang shared a photo of her and Mendes with the caption: “Just a couple of Durham region kids in yeehaw land.”

But this isn’t the first time the Toronto artist has inked Mendes, as she previously completed the singer’s sparrow tattoo, elephant tat on the inside of his middle finger, his acoustic guitar featuring the Toronto skyline, and his lightbulb filled with flowers.

Mendes is currently finishing up the final leg of his 2019 world tour, and he will not only be performing in his hometown of Toronto, but he’ll also be headlining his first stadium show at the Rogers Centre on September 6.