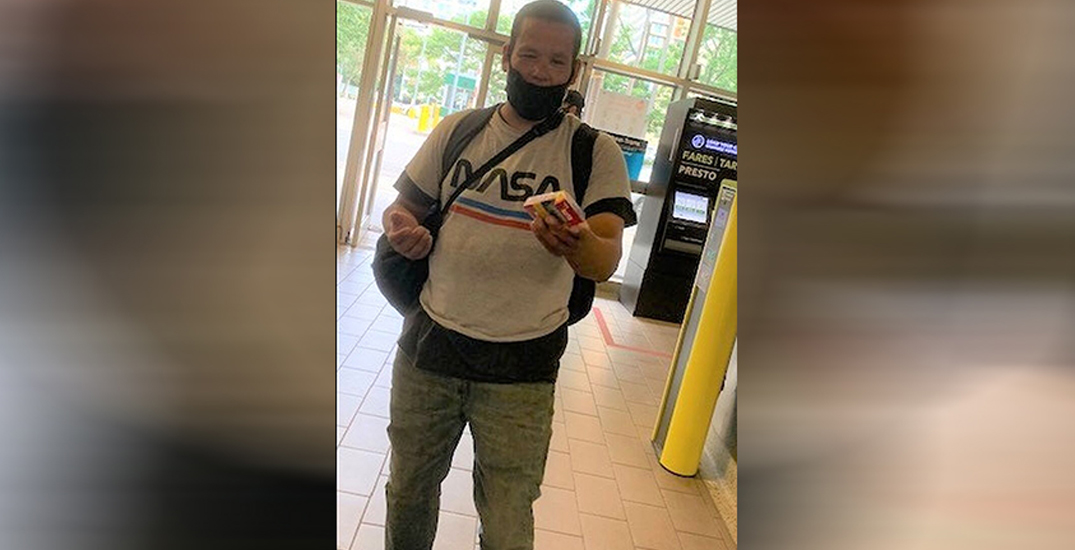 The Toronto Police Service has requested assistance in identifying a man linked to two sexual assaults that occurred at Wellesley Subway Station.

According to police, officers responded to two calls for sexual assault at the station on July 29, around 7 pm.

It has been reported that a 35-year-old woman was sitting on the southbound TTC train when a man walked up to her, sexually assaulted her, and then quickly exited the train.

The man then made his way to the upstairs bus platform where he approached a 30-year-old woman who was waiting for the bus. He proceeded to sexually assault her and after the woman screamed at him, he left the station on foot.

He has been described by police as 35, 5’7” to 5’8”, 185 pounds, with a “stocky or heavy build,” and short black hair. He was seen wearing a black cloth face mask, a grey t-shirt with the “NASA” logo on it and dark jeans. The man was also carrying a blue backpack and a black backpack with a large “Tracker” logo on it.

Security camera images of the man have been released. “Anyone who recognizes the man pictured is urged to contact police,” the release said. 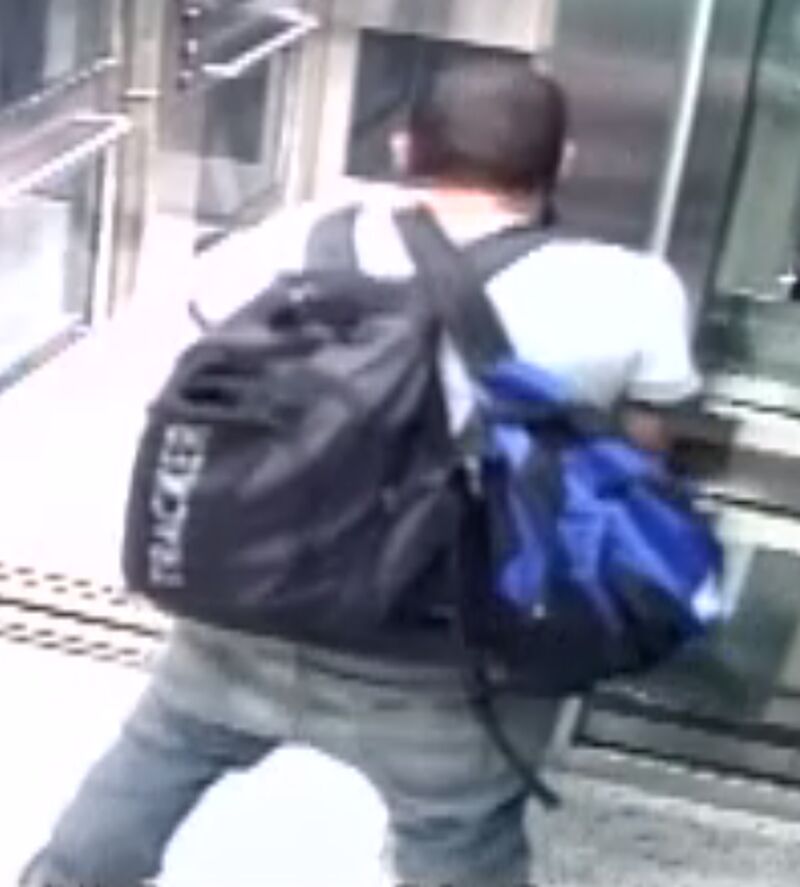