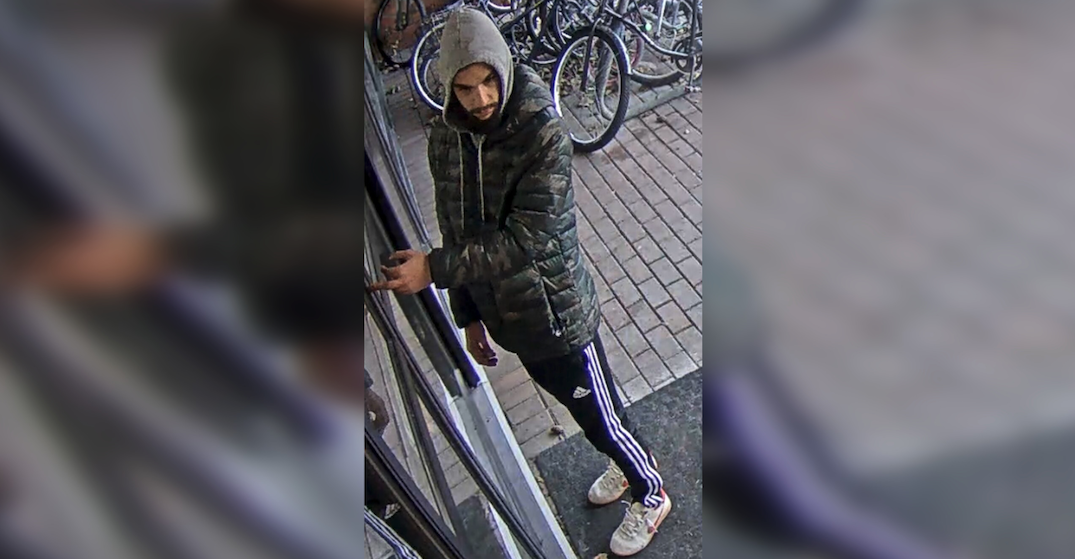 The Toronto Police Service is looking to identify a suspect in a sexual assault investigation.

According to law enforcement, on Sunday, November 24, at approximately 10 am, officers responded to a call for a sexual assault in the Adelaide Street West and Bathurst Street area.

Police say a woman in her 30s walked into an apartment building in the area, when a man allegedly followed her into the building and sexually assaulted her.

The suspect then fled the area eastbound.

The suspect is described as being in his late 20s to early 30s, medium build, with brown hair and a goatee.

He was wearing a green down-filled coat , black and white Adidas track pants, and white and red Nike running shoes.