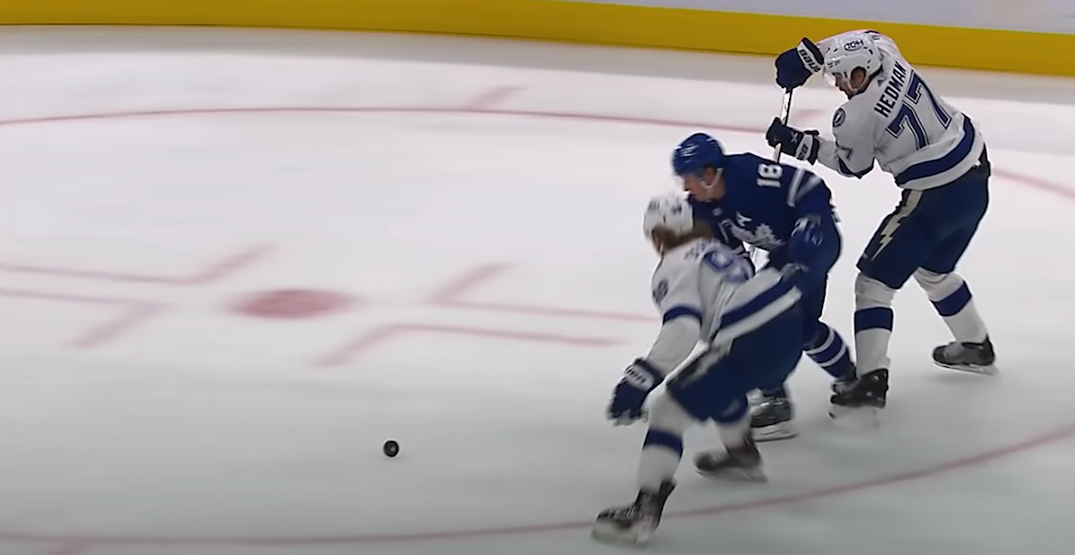 The NHL has suspended Tampa Bay Lightning defenceman Mikhail Sergachev two games for a hit he delivered against Mitch Marner.

The Toronto Maple Leafs star was carrying the puck while being hooked by Victor Hedman, when Sergachev caught him with a shoulder to the head.

Hedman was assessed a hooking penalty while Sergachev also went to the box for two minutes for an illegal check to the head.

Marner stayed in the game, and assisted on both Leafs goals, including William Nylander’s OT winner.

The hit will also cost Sergachev money, as he’ll forfeit $48,000 of his annual salary while he’s out of the lineup.