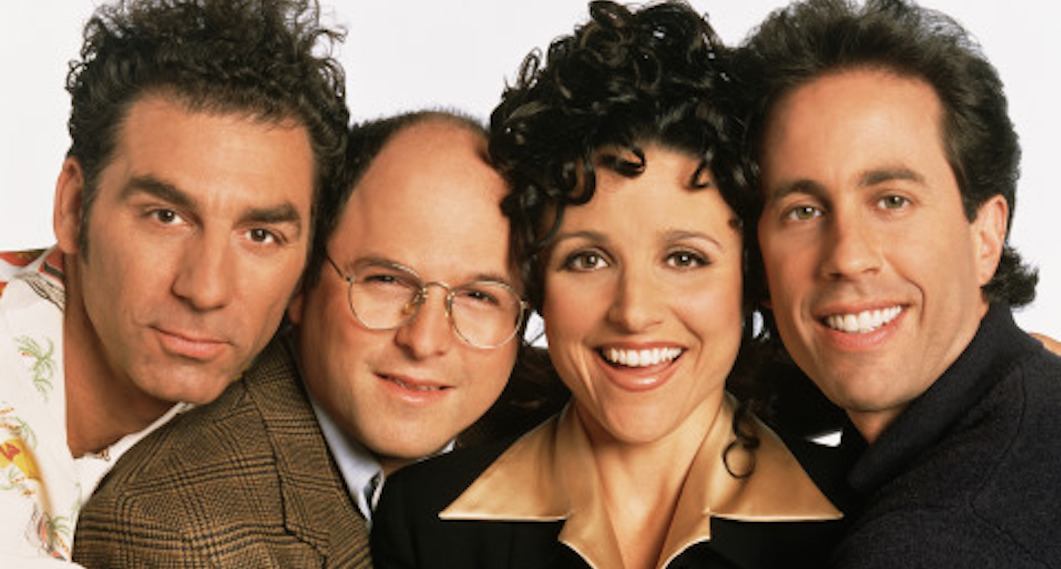 After losing the streaming rights to The Office and Friends, Netflix has secured the rights to the cult-favourite and will be streaming all 180 episodes of the Emmy-Award winning series.

However, you’re going to have to be patient and wait.

The entire collection will be available starting in 2021, and it will mark the first time every episode will be on one service globally.

This is also the first time the series will be available to the world in 4K, according to the LA Times.

All 180 episodes of the Emmy-Award winning Seinfeld are coming to Netflix — worldwide! — starting in 2021 pic.twitter.com/tLvcCKH4vl

The beloved show ran from 1989 through 1998 and was a major hit during NBC’s Thursday night lineup, which included Mad About You and Friends.

So get ready to bust out your best Elaine dance moves, and throw on your favourite puffy shirt. Seinfeld is COMING.