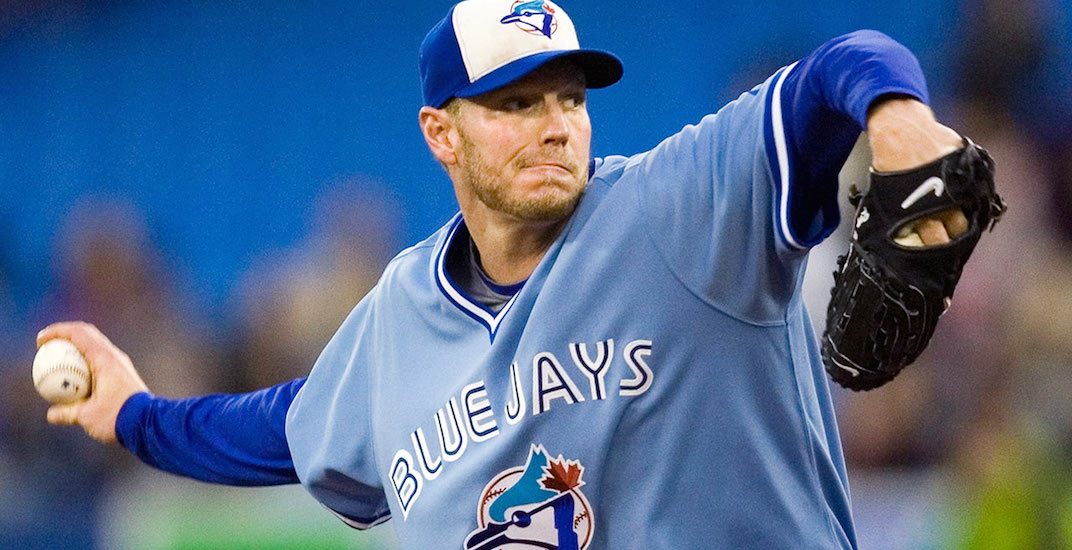 Roy Halladay is a Hall of Famer.

“Of the countless players that have worn the Blue Jays uniform, few have done so with the determination and elegance of Roy Halladay.”#DocForever | #HOF2019 pic.twitter.com/cSvBbI1pAz

Joining Halladay in the Class of 2019 are Mariano Rivera, Edgar Martinez, and Mike Mussina.

Halladay never won a World Series ring, but he was an elite pitcher for a decade. From the time he emerged as a full-time starter with the Blue Jays in 2011, to his second season with the Philadelphia Phillies in 2011, nobody was better at his craft than Halladay.

Over the span of that decade, Halladay won two Cy Young awards, threw a perfect game, tossed a no-hitter in the playoffs, was an eight-time All-Star and finished top 5 in Cy Young voting on seven occasions.

The only faults against Halladay’s Hall of Fame case were his body of work (he finished a full season only eight times) and the lack of hardware in his trophy case. Were it not for a line drive to his shin in August of 2005 (he was well on his way to a second Cy Young that season), he probably would have at least one more piece of hardware with his name on it.

Regardless, he still had those seminal moments as a baseball player. The perfect game against the Marlins in May of 2010, the no-hitter against the Reds in the playoffs in October of 2010 and the many-a-games he spent carving up American League East opponents.

The most impressive aspect of Halladay’s career was his uncanny ability to finish games. During a 10-year span from 2001 to 2011, he threw 64 complete games. That’s 30 more than the next highest player on the list, Livan Hernandez with 34.

Halladay never posted the flashiest win-loss totals and he didn’t strike out a tonne of batters, but for every game he took the mound, the bullpen breathed a lot easier. “We had an extra Labatt’s maybe the night before,” said one of Halladay’s former teammates, Jason Frasor. The 12-year veteran said the Blue Jays bullpen always looked forward to Halladay start days because the relievers usually got the day off.

“When he passed, I heard stories came out that he would go into the manager’s office and say, ‘Skip me in Baltimore. I want to pitch in Fenway Park. I want to pitch in Yankee Stadium,” Frasor said about Halladay. “That’s incredible, guys were dodging those games with a fake hamstring injury or something. He’s asking for them.” 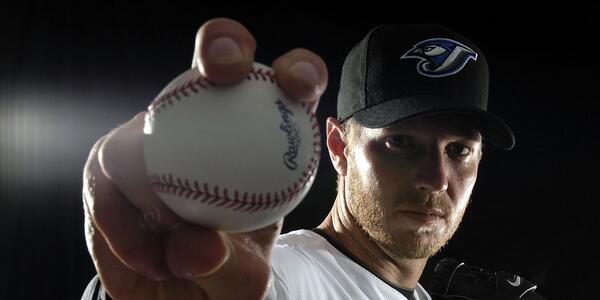 The Bronx Bombers were a juggernaut in the late 90’s and early 2000’s, winning three World Series and making 10 postseason appearances in 11 years from 1999 to 2009. Against this domineering Yankees teams, Halladay posted some of his best numbers.

Since 1969, the year that Major League Baseball lowered the mound from 15 inches to 10 inches, nobody has a better earned run average against the Yankees than Halladay. His 2.98 ERA is the best among any starting pitcher who faced the Yankees a minimum of 30 starts.

Speaking of the cutter, it was a chance conversation at the 2008 All-Star Game which helped Halladay perfect the pitch. He spoke with the Jedi master of the pitch – Mariano Rivera – on how to grip the ball. Doc took the advice to heart and his cutter usage shot up 41.5% the following year.

Over the next three seasons, Halladay posted some of the best numbers of his career as he leaned on the pitch close to 40% of the time. Halladay’s late-career renaissance came on the back of the cutter and in a way, he has Rivera – a fellow first-ballot Hall of Famer – to thank.

With the benefit of playing for a big market team in Philadelphia, Halladay finally became a household name in the United States. For 10 years prior, he was Canada’s best-kept secret. Under the guise of an underperforming Blue Jays team, Halladay was one of the best pitchers in the game very few knew about.

The circumstances surrounding the groundswell of support for Halladay’s Hall of Fame case were incredibly sombre, but it allowed writers and fans to marvel at Doc’s body of work as a pitcher and give it the proper attention it deserves.

You can’t tell the story of the best pitchers in baseball in the early 2000’s without acknowledging Halladay’s accomplishments. As one of the most dominant starters of his generation, Halladay took the torch from Greg Maddux and Randy Johnson in the 90’s and paved the way for the aces of today like Clayton Kershaw and Justin Verlander.

Two Cy Young awards – a perfect game and a no-hitter – eight All-Star game appearances – and a career that spanned 16 years. Now, Halladay can add “Hall of Famer” to his impressive resume. He may be gone, but his legacy lives on in Cooperstown.