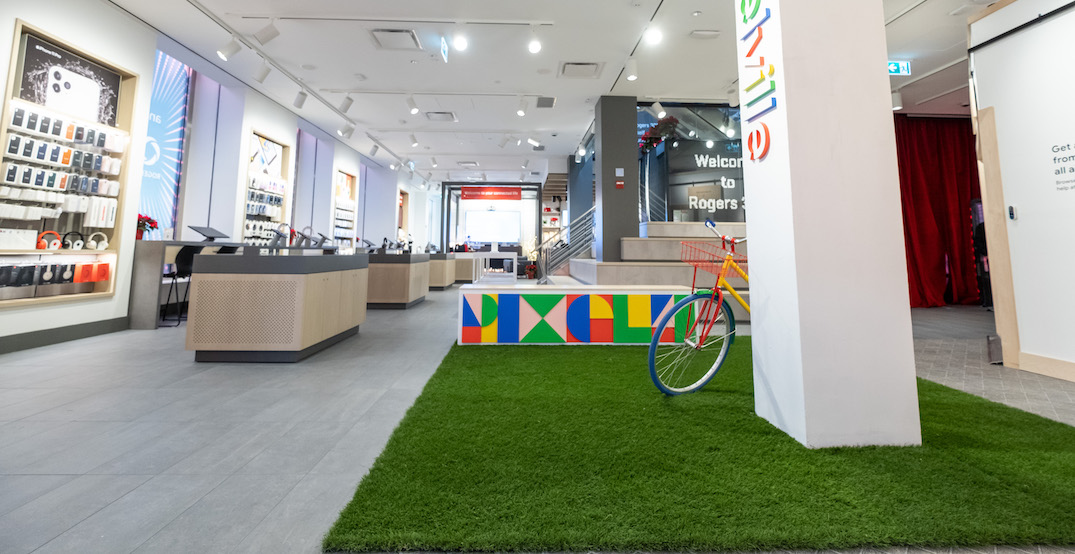 What was once home to a massive Forever 21 store is now a giant Rogers flagship.

According to the telecom company, the new state-of-the-art flagship retail experience is called Rogers 302, and opens on December 12 at 302 Yonge Street.

The 9,000 square foot space takes over the two levels at the iconic Yonge and Dundas intersection, providing a interactive zones, as well as the first 5G-ready space in Canada.

Bruce Herscovici, VP of Branded Retail, told Daily Hive that Toronto was a good place to have the flagship and showcase it to all Canadians. 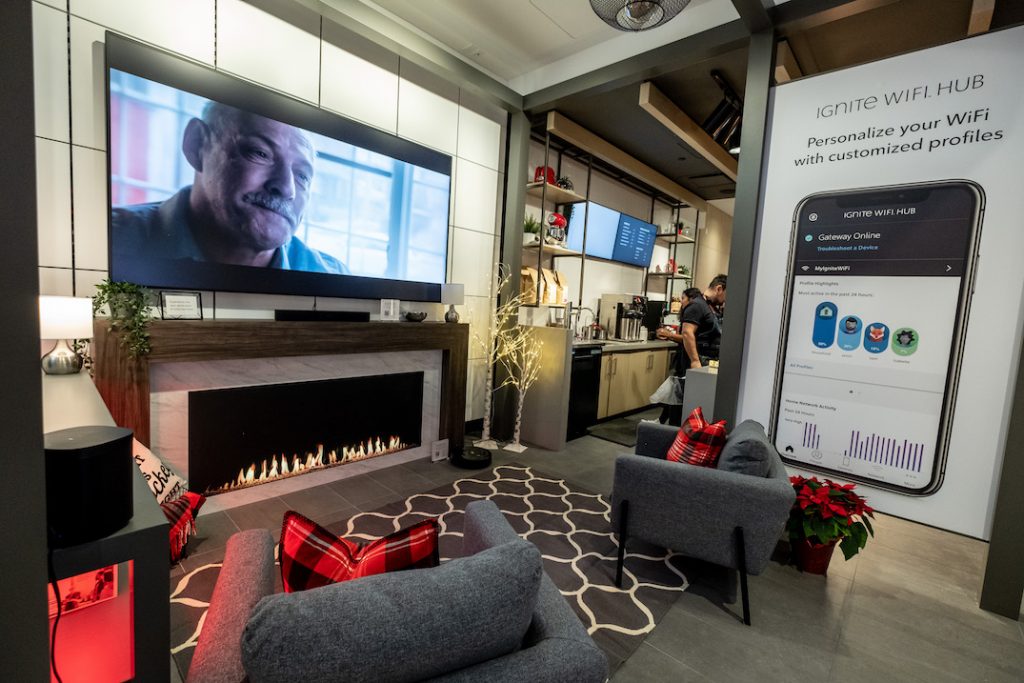 “Young and Dundas Square is the busiest intersection in Canada,” he said, adding that the new space will be a learning experience for Rogers.

From Rogers 302, the teams will take some of its new products, like its interactive tables, and deploy them across the country in the future. 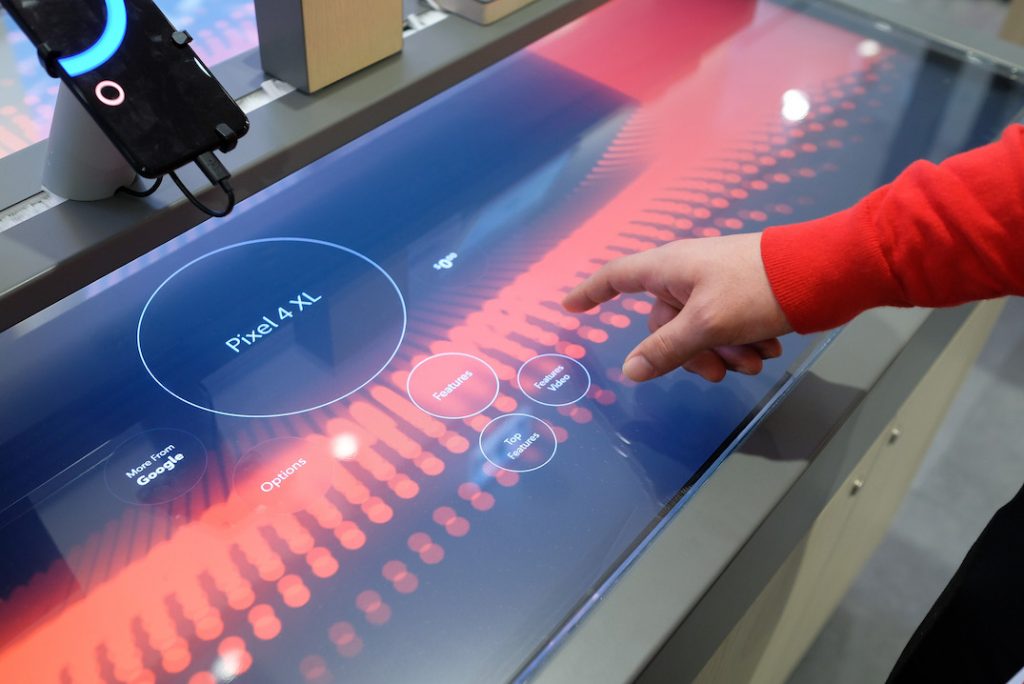 “Rogers 302 is retail reimagined,” said Anne Martin-Vachon, Chief Retail Officer. “It’s all about the customer experience – featuring innovative in-store experiences, end-to-end personalized service and expertise, all in a beautifully designed modern space. When we open our doors, it’s an invitation to stay, play and discover.” 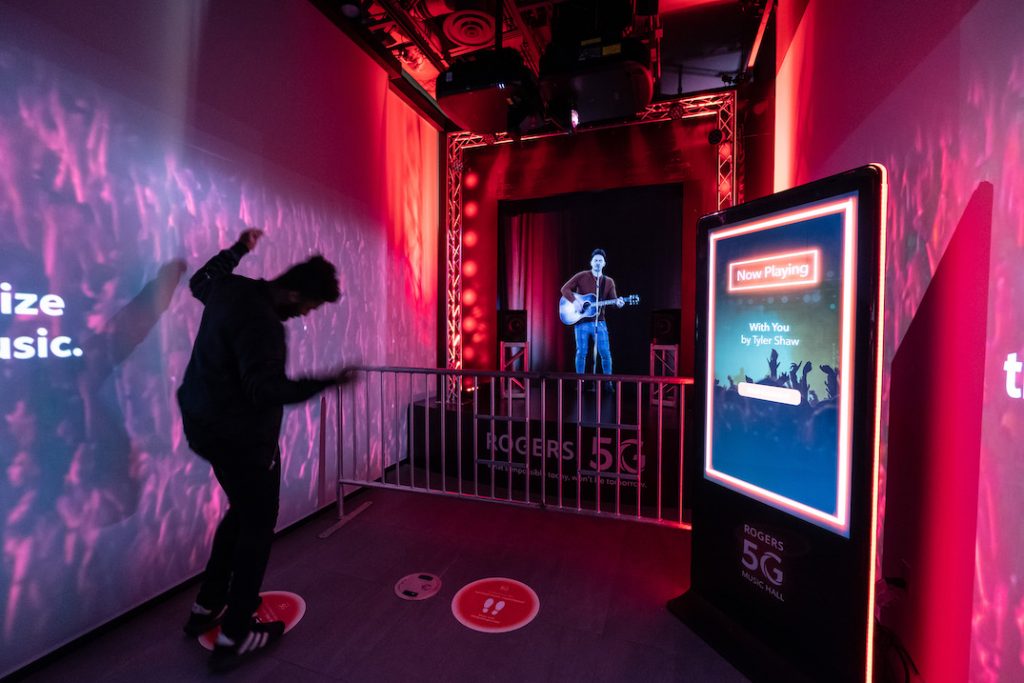 The interactive zones include its sales tables, but along with it a 5G Music Hall, where music fans can check out 5G technology. There will also be “connected” spaces, which is currently occupied by Google, but will be changing every few months.

For those in the area, the space also offers an in-store cafe, and charging stations. 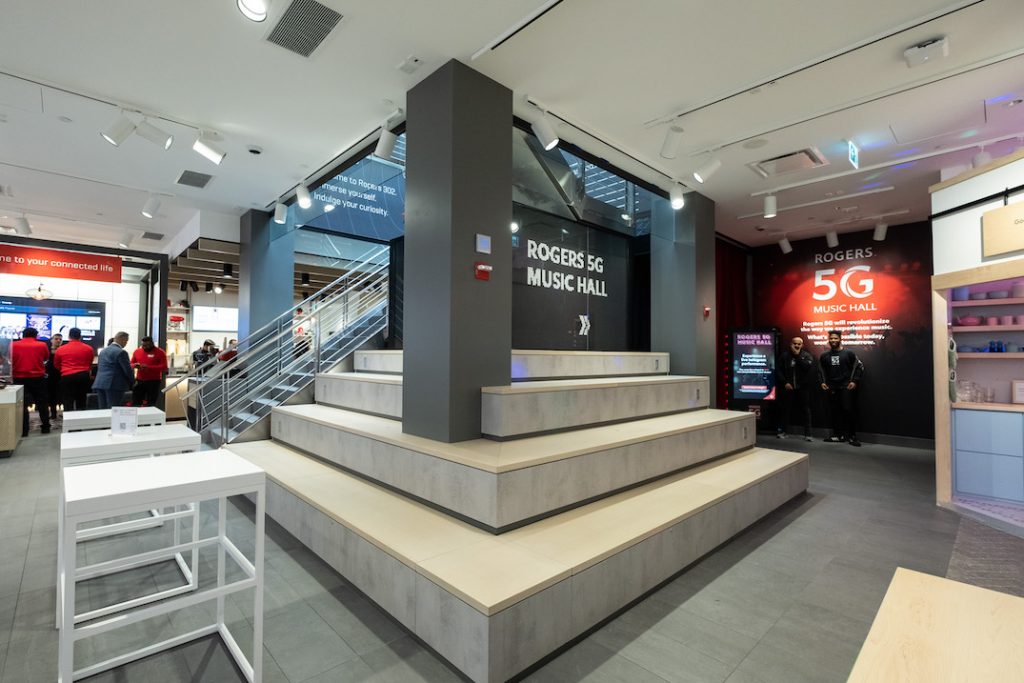 Rogers said that Yonge and Dundas, Canada’s iconic pedestrian hub and premiere shopping destination, attracts more than 50 million visitors each year. And its newest space will join the more than 2,500 stores across the country.