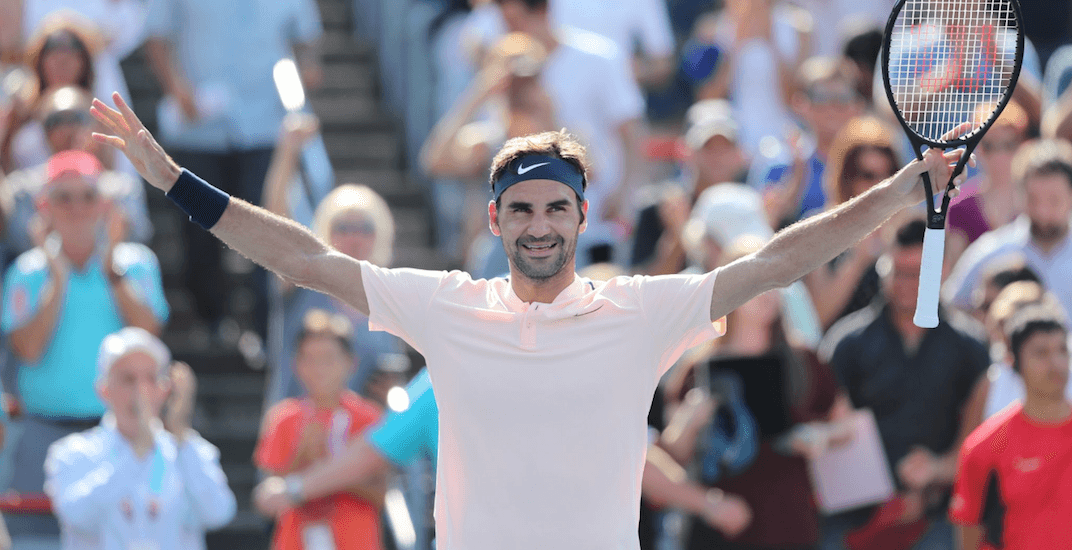 The 2018 edition of the Rogers Cup will be without one of the greatest players of all-time, as Roger Federer has withdrawn from the Toronto tournament.

“I’m so disappointed not to play at the Rogers Cup this summer,” said Federer, currently ranked No. 2 in the world. “I had a fantastic time in Montreal last year and always enjoy playing in front of the Canadian fans, but unfortunately with scheduling being the key to my longevity moving forward, I have regrettably decided to withdraw from Toronto this year. I wish the tournament every success and am sorry to miss it.”

That’s where the bad news ends for tournament organizers though, as 19 of the top 20 players in the world will compete, including Wimbledon champion Novak Djokovic and world No. 1 Rafael Nadal.

There will be some local star power on hand as well, as Milos Raonic and Denis Shapovalov will participate. Now the top-ranked player in Canada (world No. 27), Shapovalov burst onto the global tennis scene one year ago at Rogers Cup in Montreal, defeating Nadal on route to a semi-finals appearance.

The official draw for the 56-player field will take place on August 3, and will include former world No. 1 Andy Murray. Murray, who is working his way back from a long-term hip injury, has received a wild card entry.

“We are excited to have nine of the top 10 on the ATP World Tour at the Rogers Cup, but it’s unfortunate that we won’t have Roger in Toronto this summer,” said Tournament Director Karl Hale. “With current world No. 1 Rafael Nadal, Wimbledon champion Novak Djokovic plus Toronto’s hometown heroes in Milos and Denis legitimate title threats, this year’s entry list is one of the most exciting in recent memory. With the improvements we have made around the site and the festival of events we have planned, fans are in for a real treat.”

The top tennis tournament in Canada begins on August 6, with the first 5,000 arriving fans receiving a Milos Raonic bobblehead. Shapovalov will be in the first-round of action on August 7, while Nadal takes to the court for the first time the next night, on August 8.