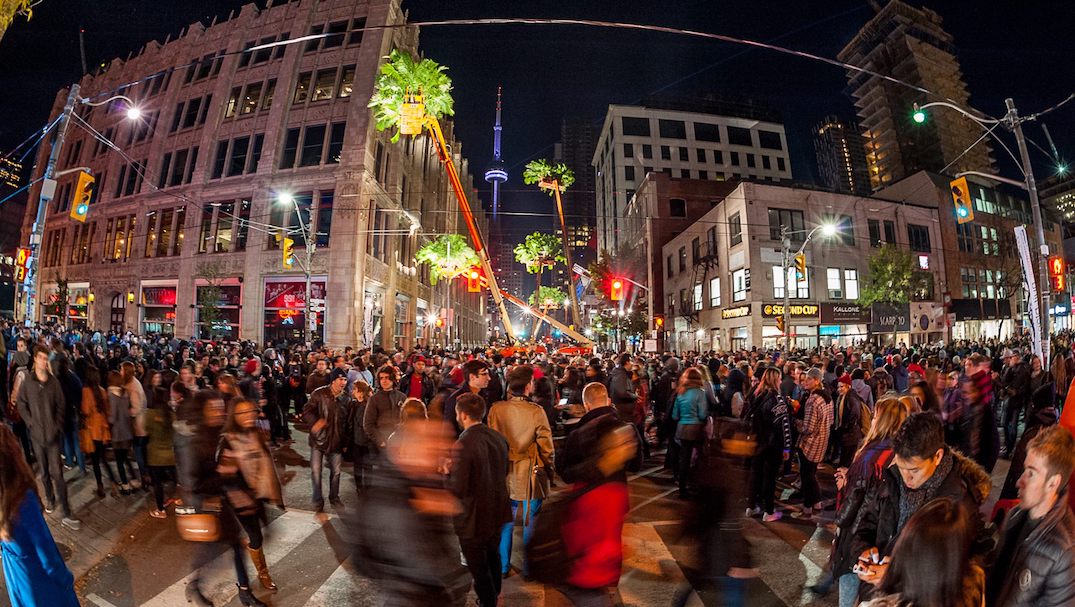 It’s the last weekend of September, and Toronto is hosting some events that will result in road closures around the city.

From Nuit Blanche to the finale of the Invictus Games, check out what roads to avoid when driving in Toronto this weekend.

CIBC Run for the Cure

There will be a series of road closures and lane restrictions in the area bounded by University Avenue/Queen’s Park Circle in the east, Bloor Street West in the north, St. George Street in the west and Armoury Street in the south on Sunday, October 1 from 6 am to 12:30 pm to accommodate this event. As a result, some TTC routes will detour during these closures, including 5 Avenue Road, 94 Wellesley, 506 Carlton and 300 Bloor-Danforth.

The east curb lane and sidewalk on Yonge Street will be closed from Queen Street East to the Elgin and Winter Garden Theatre Centre, located at 189 Yonge Street, on Sunday, October 1 from noon to 11 pm.

The Invictus Games 2017 continue until September 30. In order to provide a safe and secure environment for those attending the games, as well as those who live and work in the city, various road closures will be in effect in accordance to the Toronto Police Service’s security plan. Overviews of these measures will be issued each morning and will be available on the Toronto Police Service’s website and on Twitter.