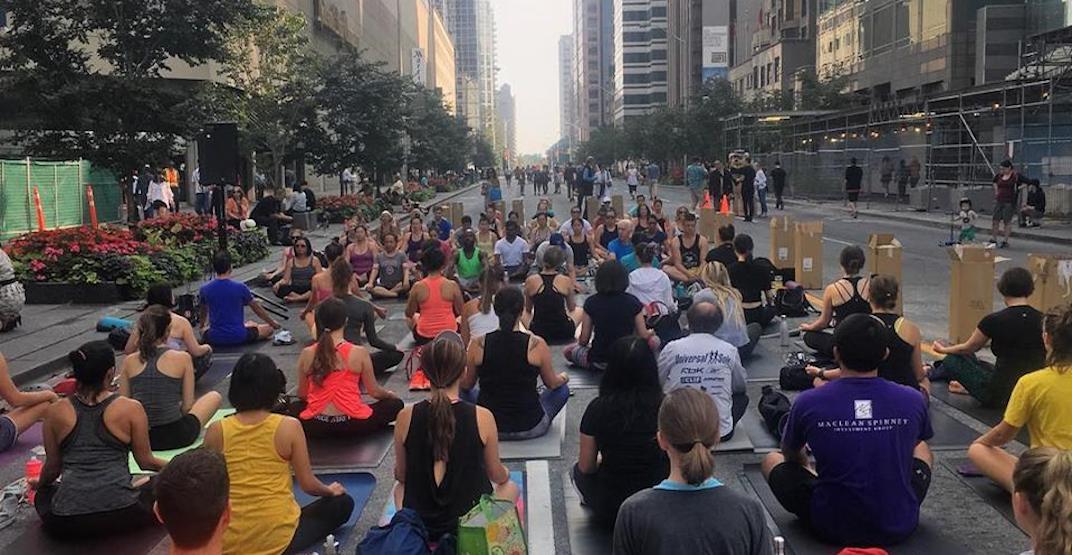 Parades, festivals, you name it.

This weekend, there are plenty of exciting (and free) activities in store for Toronto, including a Filipino food festival, Toronto’s only street-judged car show, and one of Toronto’s largest South Asian festivals.

That being said, that also means you should expect a few road closures in the city.

Here’s where to avoid before heading out on your weekend adventures.

Tase of Manila, returning for its fifth year this weekend, isn’t just the biggest Filipino food fest in Canada — it’s billed as the largest Filipino festival outside of the Philippines.

TTC will be diverting various routes and motorists should expect delays in the area.

During the festival, the west side of Spadina Avenue will be closed from St. Andrew Street to Sullivan Street. The closure will start at 12:01 am on Saturday, August 17 and carry over until 11 pm on Sunday, August 18.

Dundas Street West will be kept open for traffic.

Wheels on the Danforth

Wheels on Danforth is Toronto’s only street-judged car show, with hundreds of classic and rare cars, as well as a bicycle fest, food vendors, and a kids zone.

The Open Streets program was created to help encourage participation in physical activity. Some of this weekend’s activities include a yoga class, a roller derby, an escape-room based puzzle, as well as several skills courses and workshops.

There will be several full road closures in effect to accommodate for Open Street TO.

Bloor Street West will be closed from Ossington Avenue to Church Street. There will be car crossing points on Bloor Street at Grace Street, Bathurst Street, Spadina Avenue, Avenue Road, and Bay Street.

More than 85,000 people are expected to attend the India Festival and Grand Parade, one of Toronto’s largest and most iconic South Asian festivals. Expect live performances, grand parades and floats, and all-day entertainment.