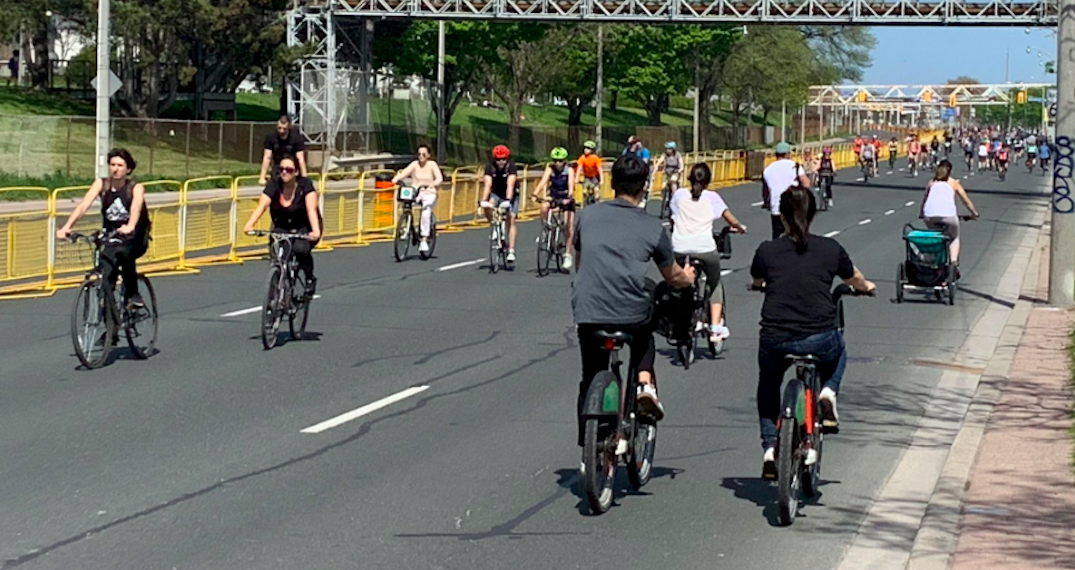 Mayor John Tory announced the City of Toronto will close sections of three major roads this weekend, in total making more than 10 kilometres of roadway available for walking, running and biking.

The closures are part of the ActiveTO program, which provides residents with more space to physically distance while getting exercise outdoors, which helps stop the spread of COVID-19.

The following three major road closures are planned this weekend from Saturday, June 6 at 6 am until Sunday, June 7 at 11 pm:

“ActiveTO is an important part of our restart and recovery planning. By giving people space to practise physical distancing while being outside for activity, we are supporting fundamental health advice while continuing to work to stop the spread of COVID-19,” Tory said.

“Council approved a common-sense, rapid approach to the cycling network last week, we continue to make room for people, bikes, and cars on neighbourhood streets, and I am pleased that we will be doubling the size of the Lake Shore Boulevard East closure in the east end along the popular Martin Goodman Trail.”

The City will actively manage traffic during these closures through signal timing adjustments on adjacent routes, as well as roadway signage to alert drivers.

The City also recommends that those expecting to use the major road closures to walk, run, or cycle should access them as a pedestrian or by bike, since nearby parking is limited and site parking is not provided.

“These major road closures have been planned adjacent to City trails to make more space for people, alleviate weekend and holiday crowding, and ensure there is room to be physically active and support physical distancing. These closures will happen on a trial basis and staff will monitor nearby routes and adjust the closures as necessary,” the statement said.

Quiet Streets are neighbourhood streets where traffic calming measures, such as signage and temporary barricades, are placed at intersections to encourage slow, local vehicle access only so that the roadway can be a shared space that also welcomes people who walk, run and bike.

In addition, Toronto City Council has also approved the ActiveTO cycling network plan, which will see 40 km of new cycling routes for 2020.

The cycling network will be expanded quickly through temporary installations by repurposing curb lanes along several key corridors, with the first temporary bikeway expected to be in place soon.