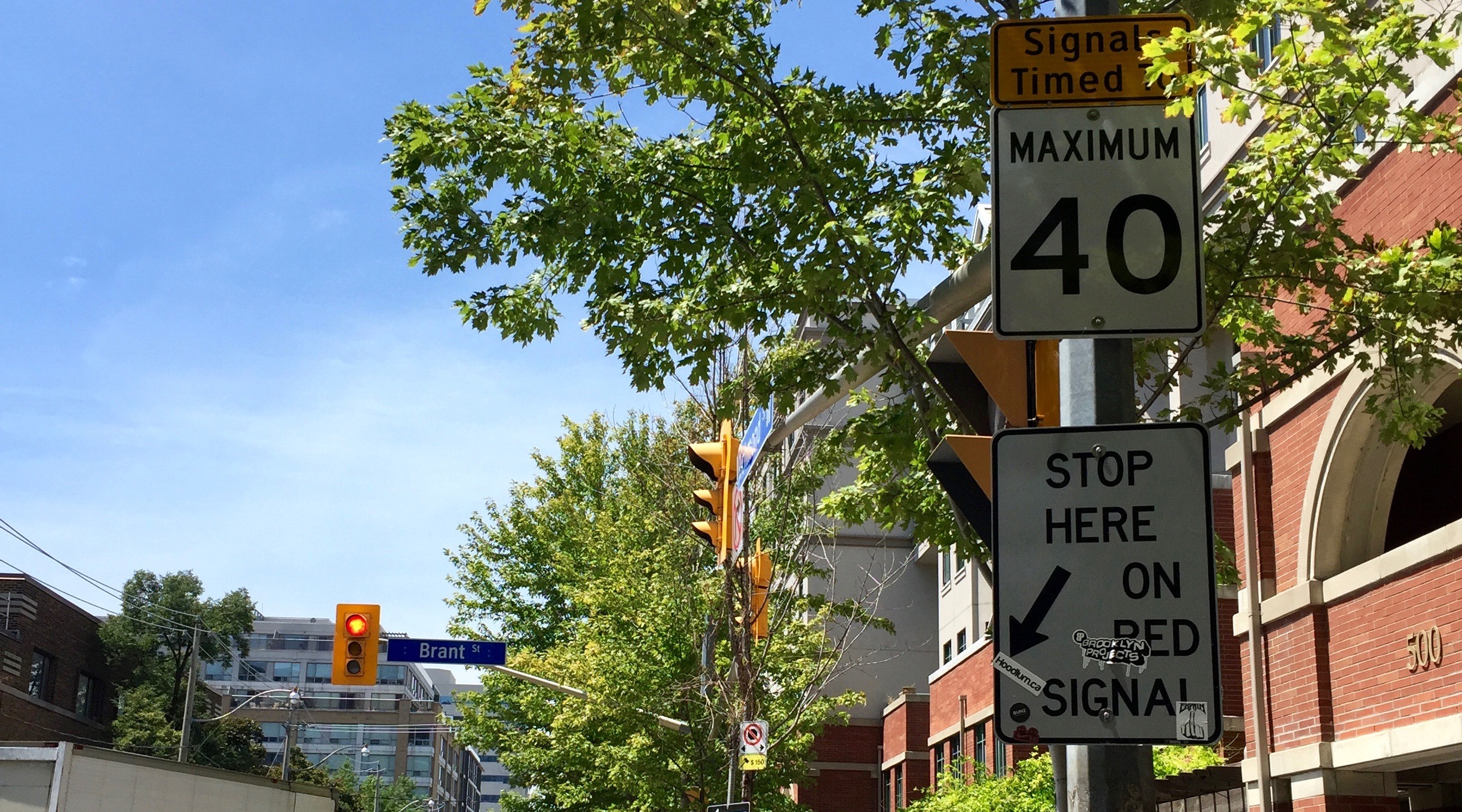 If you’ve been driving downtown today and noticed signs on both Adelaide and Richmond Streets that say Maximum 40 – you’re not wrong in thinking you used to cruise at 50km/hr down those same streets.

In fact, before today you probably sped down them a lot faster than that without thinking twice.

But you will think twice about it now – and not simply because you could get a ticket.

Above the Maximum 40 sign you’ll notice it also says “Signals Timed To,” which means Toronto Traffic Services has timed the traffic lights along the two major thoroughfares so that maintaining a speed of 40km/hr will ensure you’ll progress cleanly.

Speed too much and you’ll be hitting red light after red light.

Now if that isn’t an effective way to get people to slow down, we don’t know what is.

Let us know what you think of the new system below: