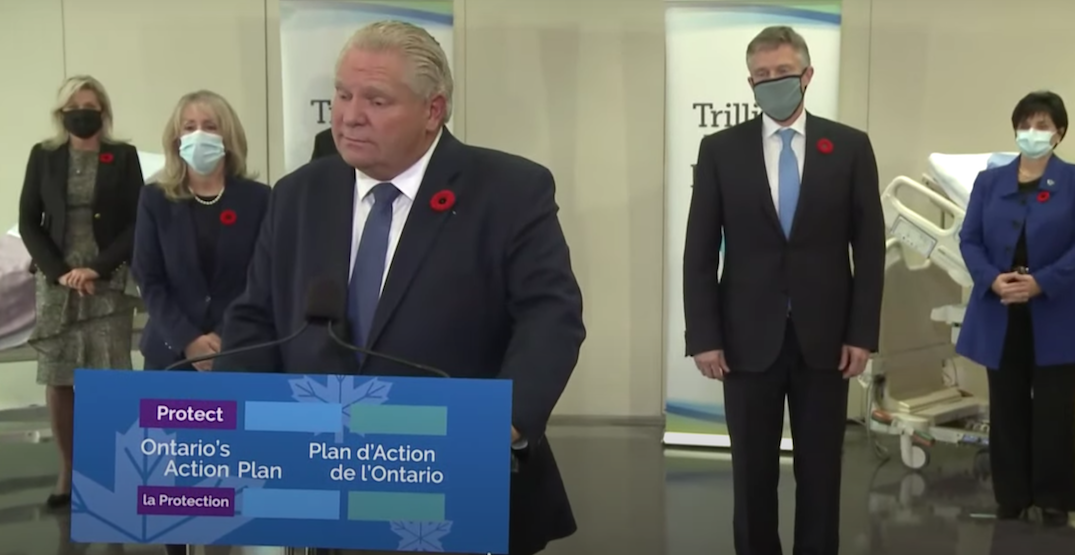 We know Doug Ford can play defence, but how is his breakout pass?

The Ontario Premier was accused of ‘skating around’ a question by a reporter during today’s media conference in Mississauga, who added that Ford “could join the Leafs soon.”

Brian Lilley of the Toronto Sun asked if Ford would have closed restaurants in Ottawa and Peel on October 8, if he was told by Dr. David Williams that just three outbreaks had occurred in those regions.

The reporter was apparently dissatisfied with Ford’s answer to his question, so when asked for a follow-up, Lilley provided a moment of levity during an otherwise tense exchange.

Reporter: "Premier you didn't come close to answering my question at all. I mean, you skated around it… maybe you can join the Leafs soon in the next season you were that good at skating." @FordNation #onpoli pic.twitter.com/gXSMoJPT9Y

Ford began his rebuttal by addressing his odds of playing for the Leafs.

“Well, I appreciate the compliment. I think I’m a little too overweight to join the Leafs,” said Ford. “Maybe I’ll try out this year.”

The Leafs could use some size on their back end, just saying.