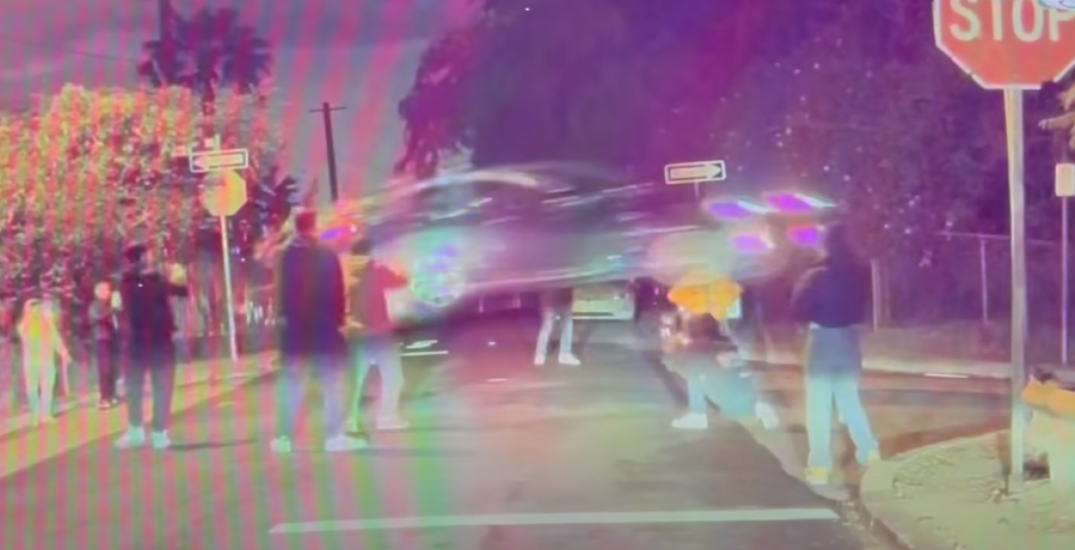 Footage has emerged of a driver sending a rented Tesla Model S flying into the air and crashing it.

Clips from the video have been going viral on social media since it was posted by automobile YouTuber Alex Choi on Sunday.

Choi was not the one driving the car that crashed. He was hosting a “Tesla drive,” where owners of different models of the car could join hands and drive in a Tesla fleet through the Echo Park area of LA.

Once the drive was over, a “random dude” wanted to show Choi the site where millionaire YouTuber David Dobrik stunt-crashed his Tesla in January 2020 for a video. The video, titled “MY TESLA FLEW OFF THE GROUND!!” has nearly 18 million views to date.

When Choi and his friends parked and got out at the alleged site of the incident (the intersection of Baxter Street and Alvarado Street), they pulled out their camera phones to record the Tesla driving through it.

At around 12:10 am, without any warning, the driver performed the stunt “as if he’d done this a million times before,” recalled Choi.

The car can be seen flying over the people standing around looking at it. It hits the asphalt and sparks fly. Loud, rattling sounds are heard on impact, followed by the shattering of breaking glass. The electric car skids into the distance, leaving debris all over the road.

“I am glad to say, luckily, nobody was hurt,” wrote Choi, specifying that he wasn’t the one driving. “One wrong move, and many people could’ve been killed. Please, do not try this at home.”

Choi stands on the side of the road with his phone in hand, absolutely dumbfounded. 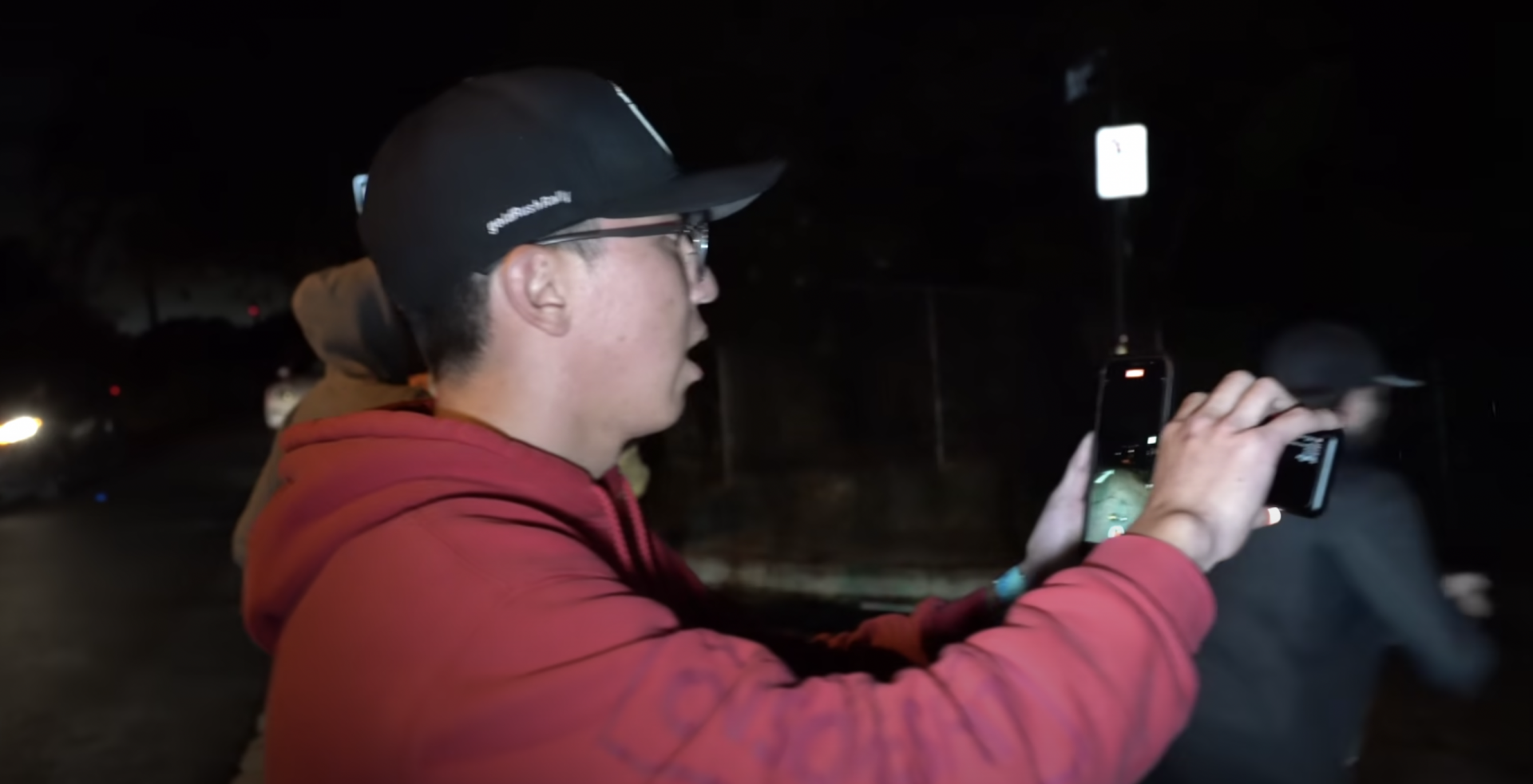 “I had no idea this dude was going to jump his Tesla, immediately after I showed up. I do not condone reckless behaviour that endangers the lives of others,” he wrote in the description of his YouTube video. “Everyone is lucky to be alive.”

Later in the video, Choi can be seen telling someone on the phone that the driver of the Tesla Model S had put a stray cat in his car, adding that the cat is fine.

The drivers allegedly left just after Choi came to ask them if they were okay.

In a video posted on the night of the incident, the Los Angeles Police Department confirmed that the car was a rental.

“There is currently no description of the driver, and the Tesla was abandoned at the scene,” they wrote. “A misdemeanour hit-and-run was completed, and detectives will be following up with the renter.”

They’re also offering a reward of up to $1,000 to anyone who can provide information “leading to the offender’s identification, apprehension, and conviction or resolution through a civil compromise.”