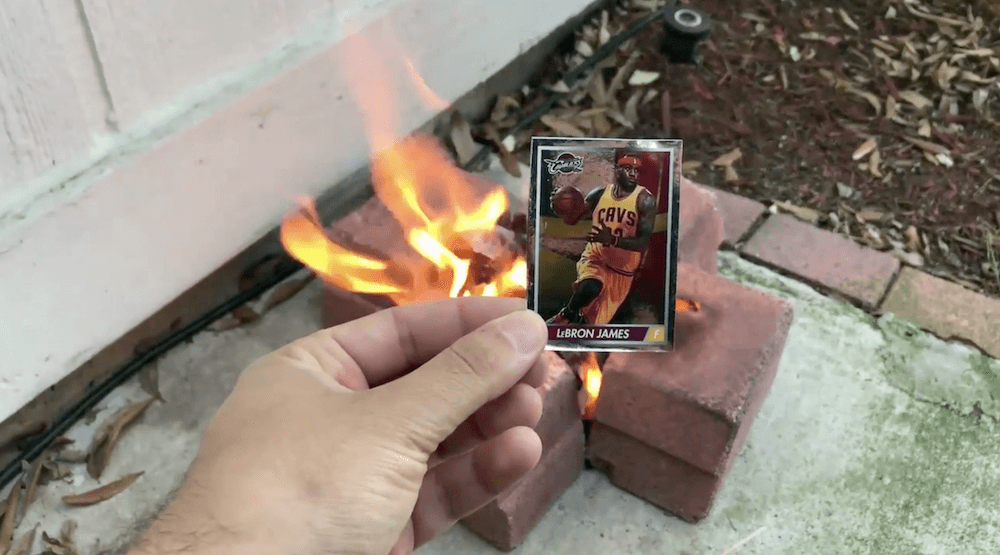 Some fans will do anything to see their teams win.

Some go as far as having sacrificial burns in their yards.

After a thrashing from the Cleveland Cavaliers in Game 1 of the Eastern Conference Semi-Finals, the Toronto Raptors look to need all the help they can get, even if it is from some voodoo ritual.

Reddit user undercovertexan decided to take the matter into his own hands by holding a sacrificial burn in his yard, “sacrificing” players over the tune of Drake’s “Gyalchester,” all in hopes of a better performance by the Raptors in Game 2.

It’s not the first time he’s held a burn like this.

According to undercovertexan, he performed the ritual seven times during last year’s playoffs and four times this season. The Raptors are 8-3 after his rituals.

So far this season the burn has worked twice and could be the reason behind Serge Ibaka becoming a Raptor. The most recent success comes from a burn before the Raptors’ win in Game 4 of the series against the Milwaukee Bucks.

“THERE IS NO LOGIC. It just works and so we will keep going with it until it stops working,” the Reddit user explained in his post. “We don’t mean harm or injuries to any of your players. It’s all for fun.”

The ritual will be put to the test in Game 2 tonight.