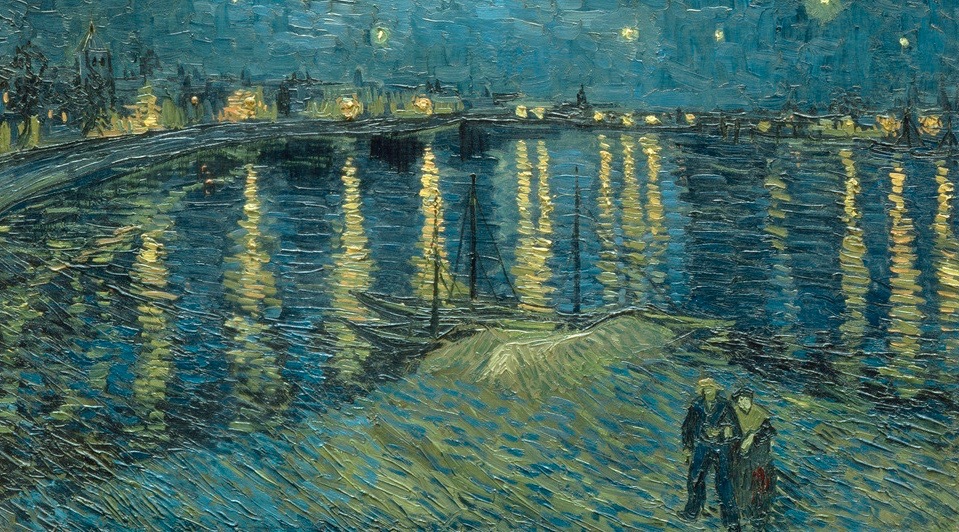 The Art Gallery of Ontario’s once-in-a-lifetime exhibition, Mystical Landscapes: Masterpieces from Monet, Van Gogh and more, is on now until January 29, 2017.

And it’s not to be missed.

But before heading to the AGO to take a journey with the artwork of these famous artists, we thought we’d highlight what the actual real-life locations behind these masterpieces are really like.

After all, the these renowned works of art were often inspired by the very locations they were painted in. Here’s your chance to find out why.

Starry Night Over the Rhone at Arles 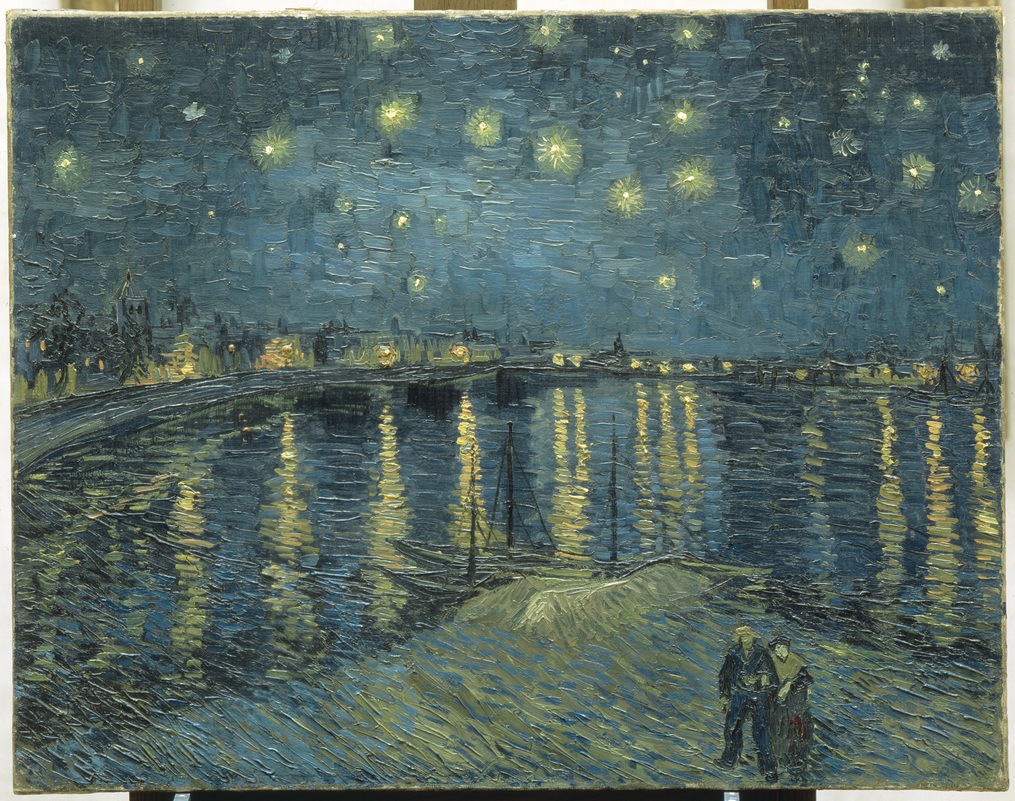 Starry Night Over the Rhone at Arles was painted at a spot on the bank of the Rhone River that was only a one or two minute walk from the Yellow House on the Place Lamartine that Van Gough was renting at the time. Nowadays boats run tourists up and down the river and a school provides a lively scene during lunch, but one can still sense the peace and conflict Van Gogh experienced as he captured the scene at night.

The Yellow House was destroyed during WWII, however the building that stood behind the Yellow House is still there. The site is located near a park just outside the city walls and a short walk from the Arles train station. 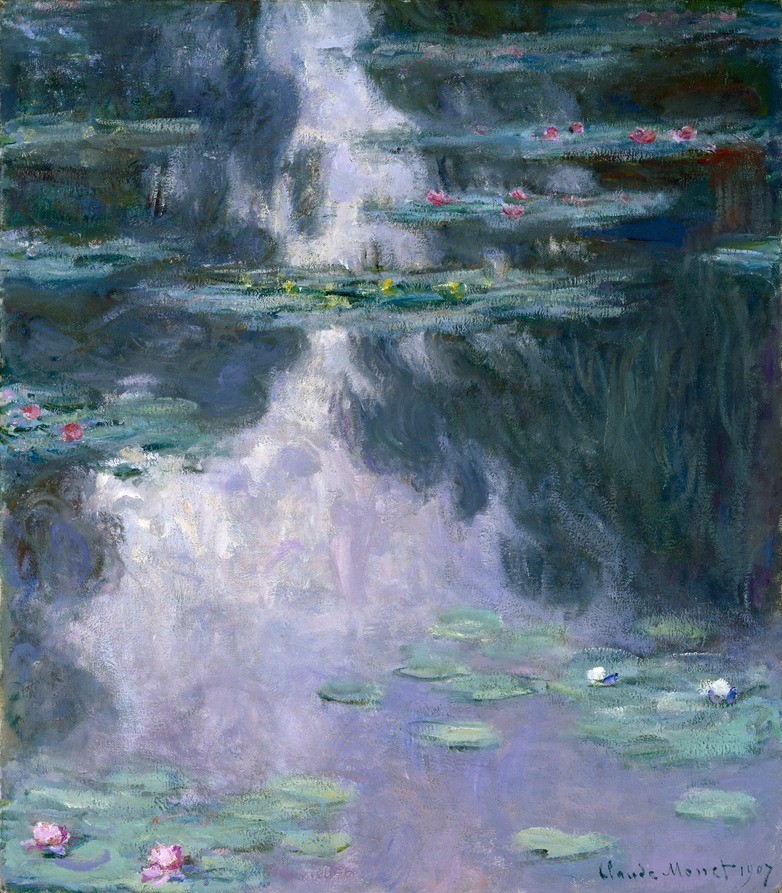 Claude Monet first discovered the small village of Giverny while looking out the window of a train in 1883. The artist was so inspired by its beauty that he decided to move there, renting a house and two acres surrounding it. In 1890, as soon as Monet had enough money to purchase the house and land outright, he set out to create the magnificent gardens he would spend the rest of his life painting. He lived here for 43 years until his death in 1926.

Monet’s House and Gardens in Giverny fell into disrepair after WWII but, after 10 years of restorations, they were opened to the public in 1977. Today they are one of the most popular tourist attractions in France, where visitors can almost see the artist’s paintings come to life.

Rouen Cathedral: The Portal and Tour d’Alene in the Sunlight 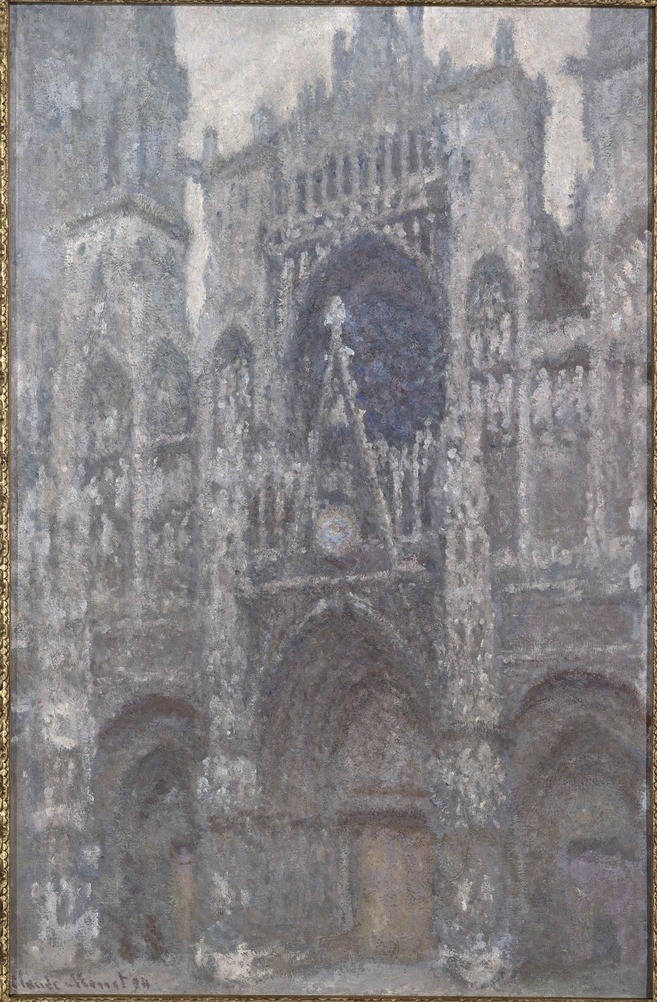 One of the most historic buildings in France, the first cathedral at Rouen was built in 396 by Bishop Victricius and was since destroyed, rebuilt and modified several times over centuries.

In 1892 and 1893, Claude Monet could usually be found with his canvas set up near the cathedral’s façade, immortalizing it in his paintings, which would later earn him critical acclaim. 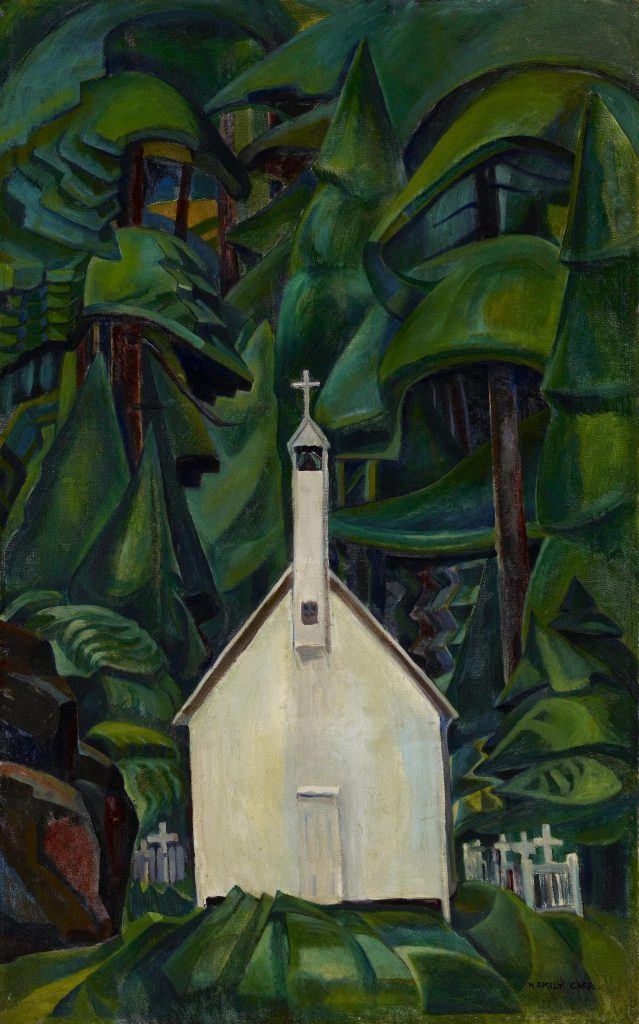 A 1929 trip to Yuquot (Friendly Cove) on Nootka Island, territory of the Nuu-chah-nulth tribe, inspired Emily Carr to paint this small white Roman Catholic church. Fascinated by the spirituality of Native people, whose cultural practices were being outlawed at the time, she called her painting Indian Church.

Nowadays visitors from around the world explore Yuquot to get in touch with British Columbia’s earliest history. This was the first place of contact between Europeans and First Nations in 1770, and was established as British Columbia’s first national historic site in 1923.

Though the original church painted by Carr burnt down in the early 1960s, the Mowachaht-Muchalaht community rebuilt it. The church now serves as a cultural centre and museum. 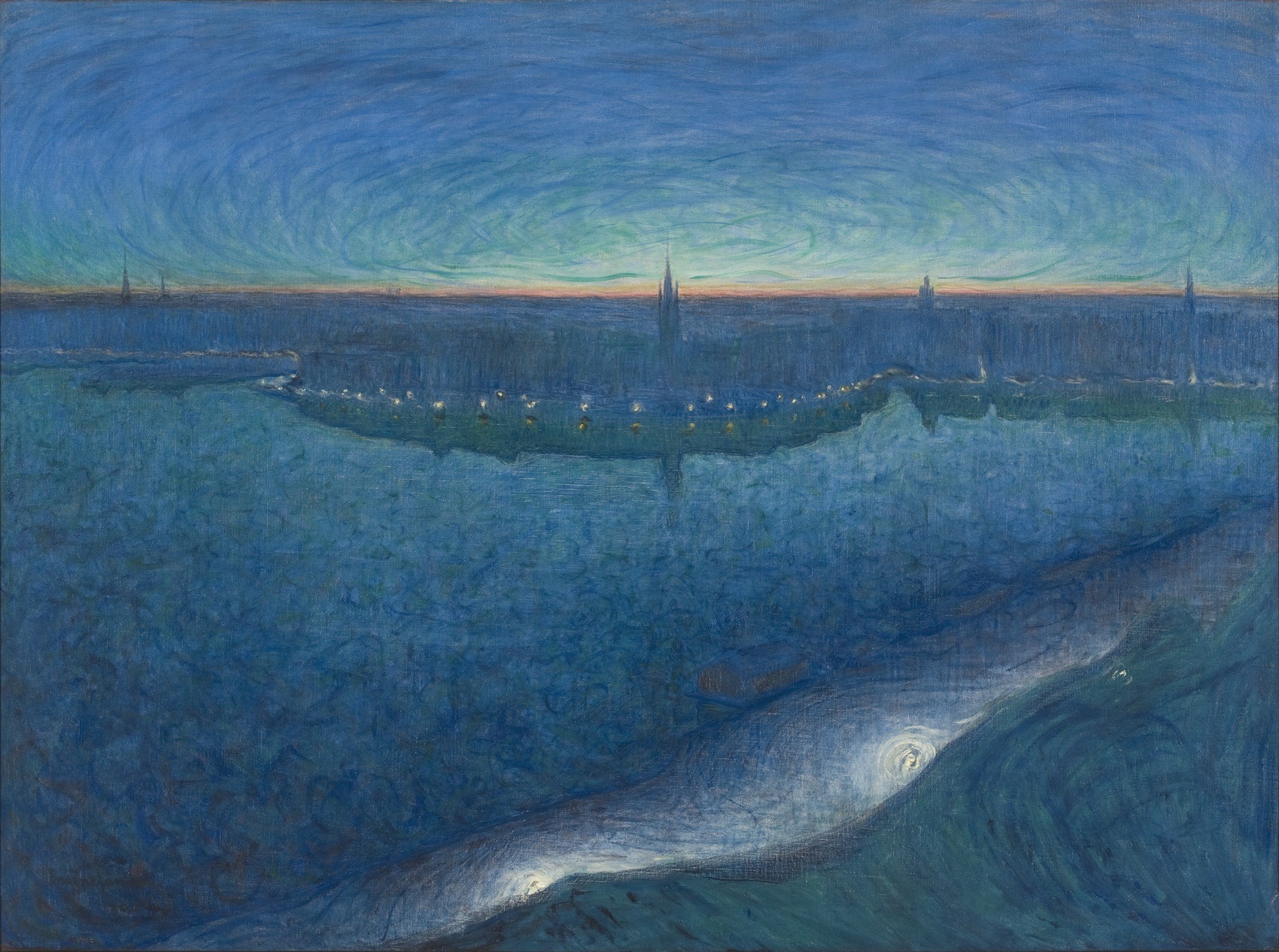 Jansson resided in Stockholm for the entirety of his life, except for a few trips to other parts of Europe. Dawn over Riddarfjärden was painted from his family home on the hills of Södermalm, which had views over most of central Stockholm including the Riddarfjärden Bay and the Old Town. Deeply impressed by these views, Jansson became the first artist to represent them, with most of his paintings from the 1890s up to 1904 depicting scenes of Stockholm at dusk and dawn, as seen from his apartment. 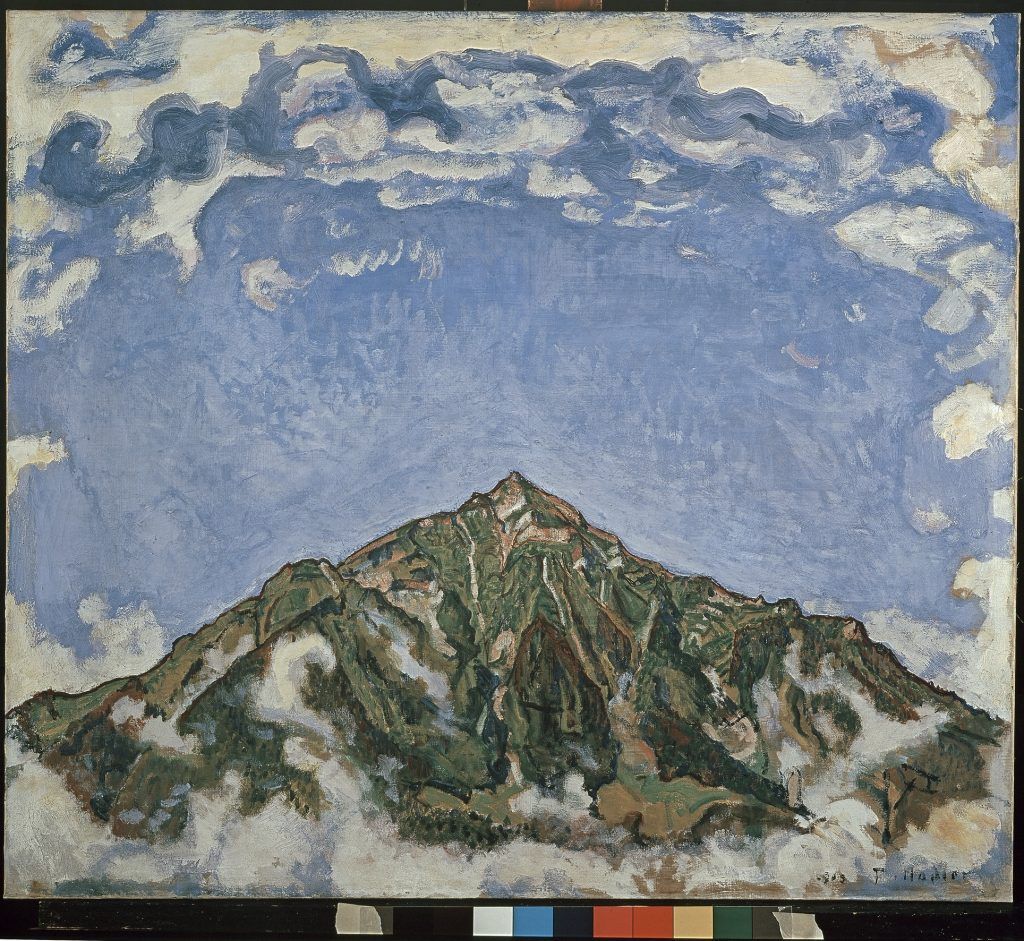 Although Hodler mostly worked in Geneva, he traveled all over Switzerland, spending his summers in the mountains. Known as the ‘Swiss Pyramid’ for its near-perfect triangular shape, Mount Niesen inspired many artists to depict it, including Ferdinand Hodler.

Today, Mount Neisen is packed with tourists who visit for its spectacular views of the Bernese Oberland. It takes just 30 minutes to reach the 2362m summit of the mountain on the Funicular railways from the small village of Mülenen.