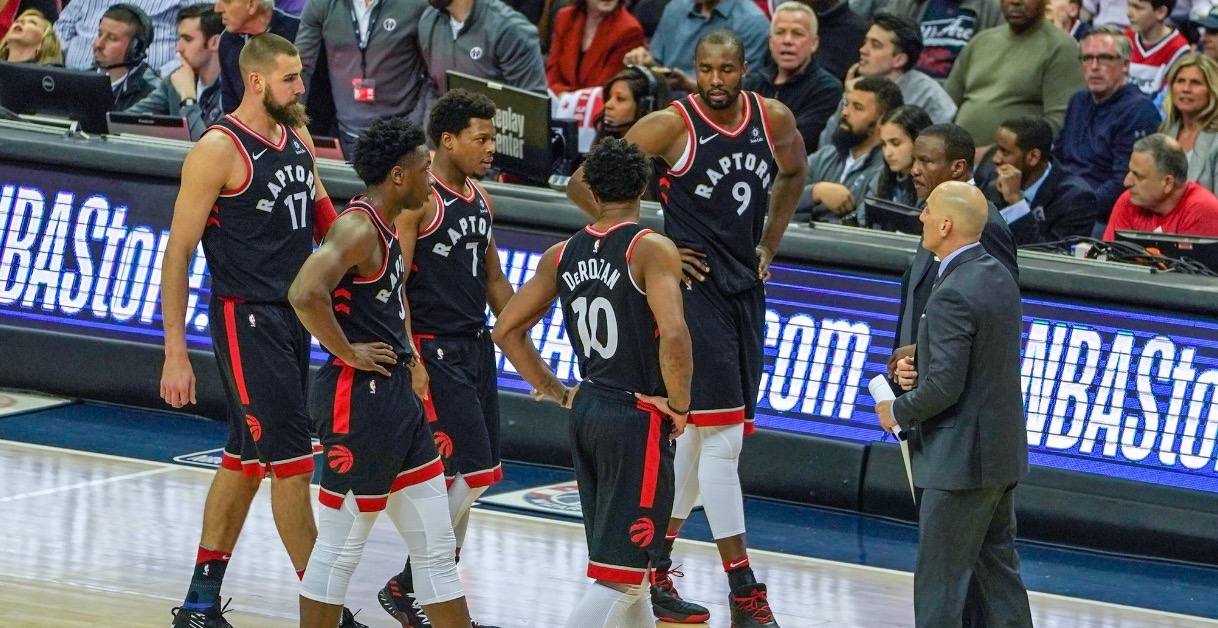 The Washington Wizards appeared to pull last night’s win out of thin air against the Toronto Raptors.

Toronto was up by 11 at halftime on the back of some great team defence. After that, however, the wheels started to come off. They gave up 40 points in the third to make it a tie game heading into the final quarter, then managed to only score 18 in the 4th to lose 106-98.

Just like that, the series is tied at two heading back to Toronto.

Two very different losses, obviously, but as embarrassing as Friday's effort was, tonight's is far worse. The Raptors say they've changed. Now's the time to prove it. They didn't tonight. They'll have to next week or they'll be in real trouble.

The Raptors started the game great early on. There plan appeared simple — attack the basket early and often. It worked out, as Toronto got out to a quick 15-4 lead. The Wizards then responded with a 10-2 run that made the game close, but a Kyle Lowry pull-up three seemed to calm his team down for the rest of the quarter.

The second quarter was dominated by defence. No one scored for the first two minutes, and the Raptors Delonte Wright did well to deny the Wizards John Wall a fast break bucket and follow up. DeRozan made a great spin move to get to the basket late in the frame, and Toronto led 51-40 after two.

The third quarter is where cracks started to appear in the Raptors defensive foundation. After holding the Wizards to under 40% shooting from the floor in the first, Washington went on a 16-4 run to start to make it just a four-point game. They scored 40 points in the 3rd, and it ended up tied at 80.

Both teams went on extended runs to start the 4th quarter. The Raptors seemed to get a gift from the heavens when Wizards leading scorer Bradley Beal fouled out on what can only be explained as an “iffy” call.

WOW. Brad Beal fouls out on *that*… tough call pic.twitter.com/gg6LcJxLCm

That didn’t seem to stop the Wizards, however, as John Wall put the team on his back the rest of the way, giving them a three-point lead on the fast break that they never relinquished.

Turnovers were once again a major sticking point for the Raptors as they committed 18 of them. Their offence down the stretch was also questionable — the DeMar DeRozan iso-ball looks just were not going to cut it.

Despite starting the game, Jonas Valanciunas played just 15 minutes, finishing with 11 points. DeRozan had 35 points shooting 34% from the field — he was 14 of 18 from the line. Kyle Lowry had 19 points and seven assists.

The Raptors will look to take back the lead in the series Wednesday night at home.