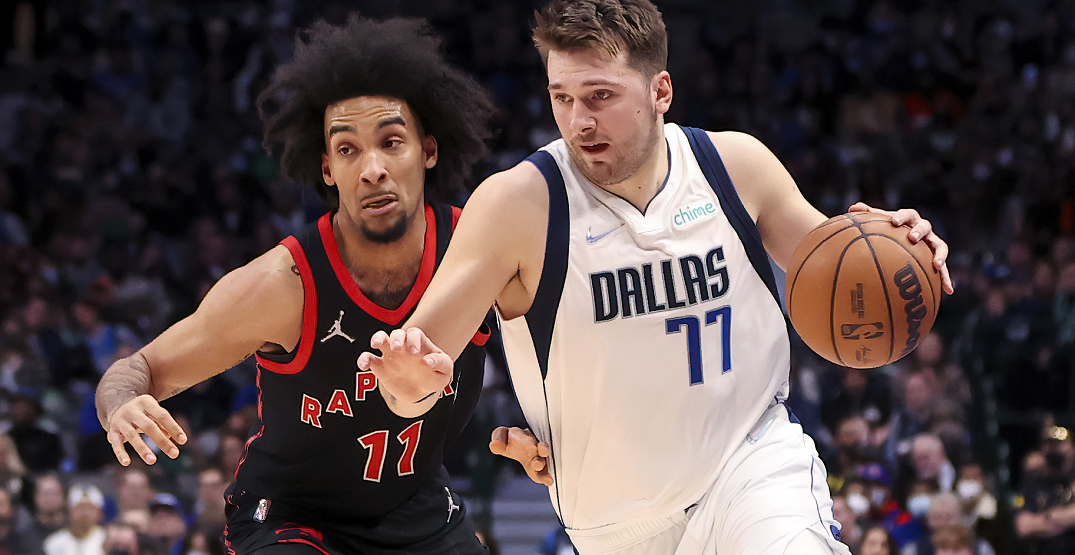 Justin Champagnie is sticking around with the Toronto Raptors after inking a new contract.

The Raptors announced Thursday they signed Champagnie, a second-year forward, to a multi-year contract.

Terms of the deal are not yet available, though TSN’s Josh Lewenberg says it’s believed to be a partially guaranteed two-year deal.

The Raptors announce they’ve signed Justin Champagnie to a multi-year contract. Believed to a partially guaranteed two-year deal, similar to the one D.J. Wilson signed last week. He’ll be in training camp this fall and should have an inside track on one of the final roster spots

Champagnie averaged 2.3 points and 2.0 rebounds in 36 regular-season games at the NBA level, but he showed his potential mostly through his appearances with Raptors 905 in the NBA G League.

An undrafted free agent out of Pittsburgh, Champagnie originally signed with the Raptors last summer on a two-way deal.

Champagnie’s shining NBA moment to date might have actually been a basket that didn’t end up counting.

During a matchup last December against the Oklahoma City Thunder, Champagnie looked like he’d won the game with a last-second tip-in. But after going to video review (after the Raptors had already run around the court celebrating), it was revealed that there was no time left on the clock when Champagnie made contact with the ball.

Justin Champagnie was a TENTH OF A SECOND away from winning the game for the Raptors. 🙃 pic.twitter.com/Pk7KPCcWW5

Though he was named to the Raptors’ Summer League roster, Champagnie is currently out with a thumb injury.