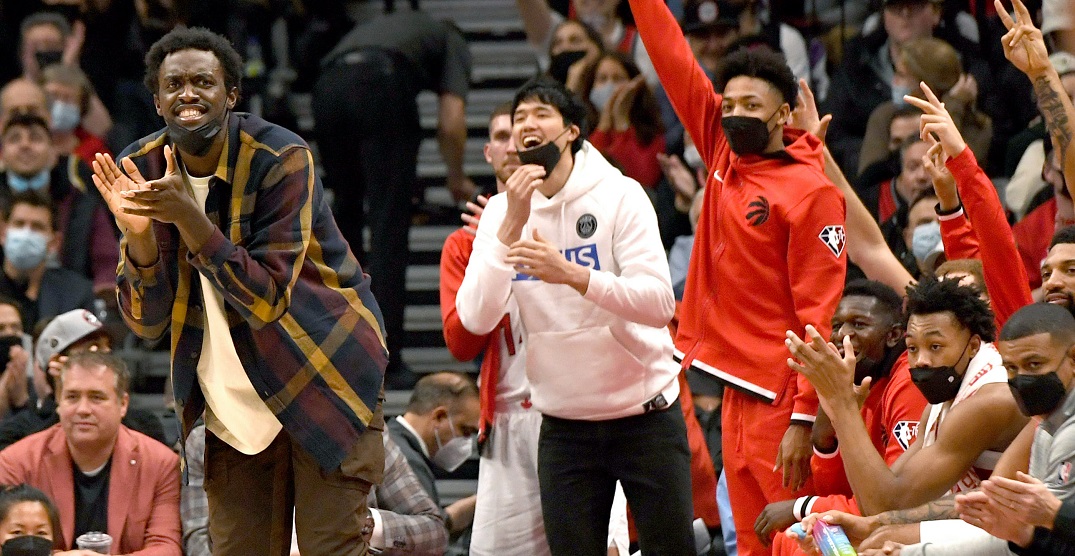 After an offseason shoulder surgery, Siakam has missed the first ten games of the season. Originally scheduled for a mid-to-late November return, he’s now ready to return to the lineup for tomorrow’s contest against the Brooklyn Nets.

Siakam, who begun practicing with the team last week, said “everything’s good” with his shoulder. And while he admits his stamina might not be quite up to speed with pre-injury levels, he figures giving himself game reps is a worthwhile challenge.

“I think that’s the best conditioning anyway,” Siakam told reporters following Saturday’s practice. “Might as well go onto the court and to try to work it out out there, go out there and run.”

Siakam took pregame warmups yesterday for the first time this season prior to Friday’s 102-101 loss to Cleveland.

Not dressing tonight but… Siakam’s out on the court getting some warmup time in pic.twitter.com/bKO3hPw3qC

Raptors head coach Nick Nurse said he isn’t sure if Siakam will be in the starting lineup or not.

“It could go either way at this point,” Nurse said, but added it’s clear he’s a key part of the starting lineup once he’s caught up to speed. Nurse added Siakam will likely be on a playing time restriction for the next few games.

Now in his sixth season with Toronto, Siakam has played more games with the team (at 332) than any other Raptor.

While he hasn’t touched the court in uniform yet this year, he’s been a constant fixture on the sidelines supporting his teammates.

“Just because I have an injury doesn’t mean that I can’t be a part of the team,” Siakam said.

As for what he’s liked about the team in his absence, it’s the positional versatility that has led the Raptors to a 6-4 start.

“Everyone does everything. So, I think that that’s unique,” Siakam said. “And, you know, we play hard, and we can get after it on defense. And I think that’s got to be our identity. We’re gonna figure out each other… the offence is gonna come.”