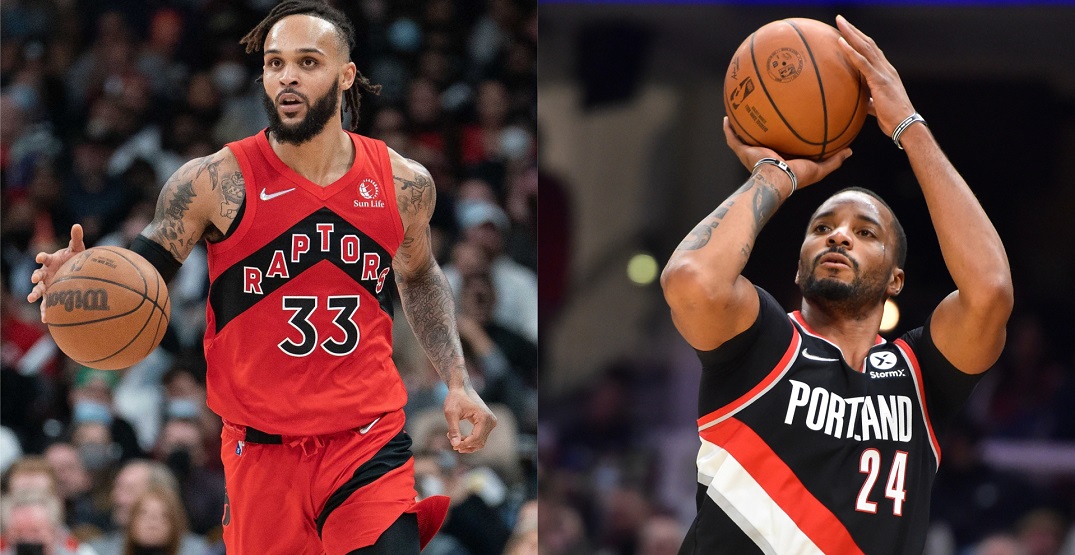 Gary Trent Jr. has made quite an impression on the Toronto Raptors since coming over in a high-profile trade last season.

Sent to Toronto by the Portland Trailblazers (along with Rodney Hood) in exchange for Norman Powell, the 22-year-old guard has shown tremendous growth since coming to the team.

While Hood didn’t stick around with the Raptors, eventually signing with Milwaukee, it’s safe to say that both fresh starts have been working out for Trent and Powell since the trade.

This past offseason, Powell inked a five-year, $90 million deal with the Blazers, while Trent signed a three-year deal worth a little over $51 million.

It’s an odd mix where both players seemed to be stuck lower in the rotation on their old teams but have since thrived with increased playing time following a change of scenery.

Having started the team’s last ten games, Trent Jr. has found a new level of effort and comfort on the back end with the Raptors.

At the time of the trade, there were question marks about his abilities on defence. But Trent is currently leading the NBA with 48 deflections, just ahead of teammate Fred VanVleet, who has 45.

Trent’s 30 steals are also tops in the league. Of the seven Raptors who have played at least 200 minutes this year, Trent’s defensive rating of 104 is the highest on the team.

“You get a certain feel about yourself in the defensive end,” Trent said after Tuesday’s practice. “We’ve got great defenders on this team, so it gives me an opportunity to play up and play hard. If I get beat, I know one of my teammates [has] got my back and they’re gonna help me.”

On the offensive end, Trent’s been able to contribute decently as well, as he ranks fourth on the Raptors in both points (15.2) and assists (1.5) per game.

In the fourth year of his NBA career, Trent is by no means a finished product, but he’s showing out on his abilities to continue to grow into a larger role.

How has Powell been doing since the Raptors traded him to Portland?

Since the trade, Norman Powell has started all 36 games he’s played with the Blazers.

A fan favourite in Toronto as well as a member of the 2019 championship roster, he was the second-longest serving Raptor at the time of his departure, behind only Lowry. As the Raptors looked to get younger, moving a veteran like Powell for a guy like Trent was a sensible move at the time of the trade.

With the Raptors, Powell started 120 out of 349 games, a hair under 35% of all possible appearances in his career. Powell was in the starting five for just eight of 67 playoff games. Powell was known in Toronto for injecting energy off the bench with a fast break dunk or a big shot, aptly being nicknamed “Playoff Powell” for his big game performances.

Powell’s minutes have actually been slightly down this year with Portland compared to last year, but he’s begun to hit his stride. In four of the Blazers’ last five games, Powell has topped 22 points.

It’s still quite early in the year, but the Blazers and Raptors are both in the thick of what should be tight playoff races. The Raptors, at 6-5, sit eighth in the Eastern Conference, while the Blazers, at 5-6, are sitting tenth in the West.

And while there will always be “what-ifs” asked about every transaction, it’s hard to see either the Blazers or Raptors regretting the Powell/Trent trade anytime soon.