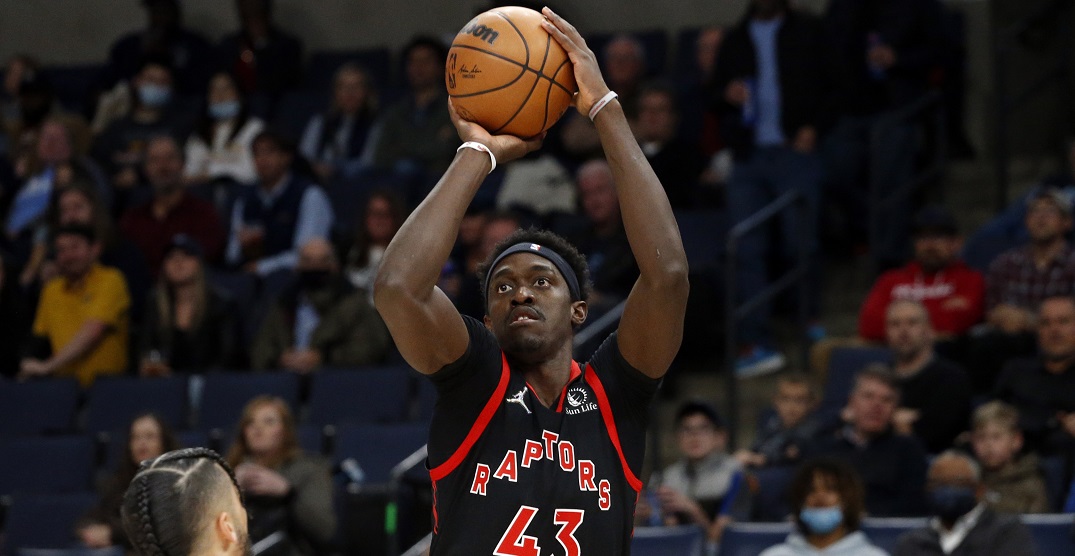 With the Toronto Raptors having lost 10 of their last 13 games, Pascal Siakam has been the target of plenty of critics.

Siakam’s played just 11 games this season after recovering from shoulder surgery, putting up 17.9 points and 7.1 rebounds per night in his return.

And while he’s said that physically he’s feeling well, it’s been a bit of a slow start for Siakam since coming off the injury. He’s hit 25 points just twice this season after doing so 21 times in 2020-21.

Siakam joined TSN 1050’s The Raptors Beat with Nikki Reyes and Josh Lewenberg to talk about his season so far and about how Toronto can return to the win column after starting the year.

“I think it starts with me personally. I have to be better,” Siakam said in the interview.  “You don’t come back from seven months of an injury and just expect to be at your best, but I expect that for myself because I work like that. Sometimes you’ve got to understand the process and just continue to work through it and not get rattled about everything.”

Since signing a four-year, $136 million contract prior to last season, Siakam is currently the highest-paid player on the Raptors. Lewenberg asked Siakam if he thought that fans’ high expectations were unfair on him this year coming off from the injury.

“It’s just not something I’m worried about,” Siakam said. “People can have their expectations; it’s fine. But I think the way we play is not like, ‘oh, you make $130 million? You’re going to shoot the ball every time’… That’s not who we are as a team. With me, I have to continue to get better, and I will get better. But [high expectations from the fans] don’t really matter to me.”

Siakam also revealed who is in his inner circle, with little surprise as to what opinions he values most.

“The opinion of people I care about is like, Masai [Ujiri], Nick [Nurse], Fred [VanVleet], my teammates,” Siakam said. “How do we get better? What do they need from me?”

Siakam discussed his own self-criticism throughout the year as one of his biggest driving forces to hold himself accountable.

“Nobody can be more mad about losing than me. I’m really hard on myself,” Siakam said. “I’ve been trying to just be kind to myself and just understand that the people [that hold the] opinions that matter to me are the people that are here. It doesn’t really matter to me [if people are critical].”

Siakam preached the need for emotional stability amongst himself and his teammates amid the Raptors’ skid.

“It’s easy to just get super rattled and antsy because you’re losing,” Siakam said. “I’m just understanding the process and shutting out everything around and just focusing on the team and how we can get better and how I can get better.”

As for the easiest way to shake the critics?

“Hopefully, we can get some wins,” Siakam said. “Because that cures everything.”

The Raptors take on the Milwaukee Bucks tonight at 7:30 pm ET.

The full Pascal Siakam interview with the Raptors Beat is available on TSN here.