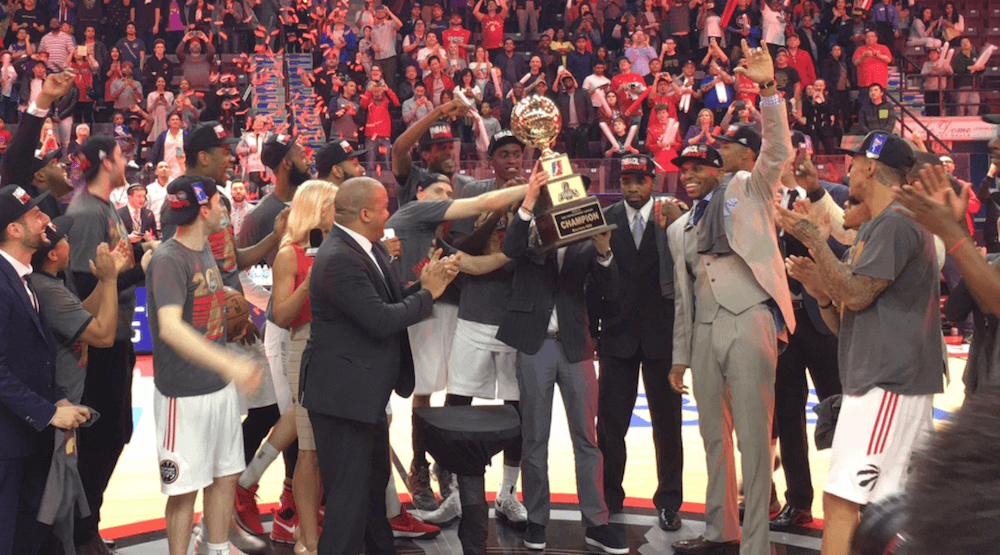 While we were watching the Toronto Raptors narrowly defeat the Milwaukee Bucks in Game 6 of the NBA first round on Thursday night, their D-League affiliate was making history.

In just their second season of existence, the Mississauga-based team defeated Rio Grande Valley 122-96 in front of 4,824 fans at the Hershey Centre.

Under first-year head coach Jerry Stackhouse, they finished the regular season with a 39-11 record. Two series sweeps against Canton and Maine set up a finals matchup with Rio Grande Valley.

After losing Game 1 on Sunday, Raptors 905 came back with a big win on Tuesday to level the series.

That set the stage for the series-deciding game, and Stackhouse’s team was clutch.