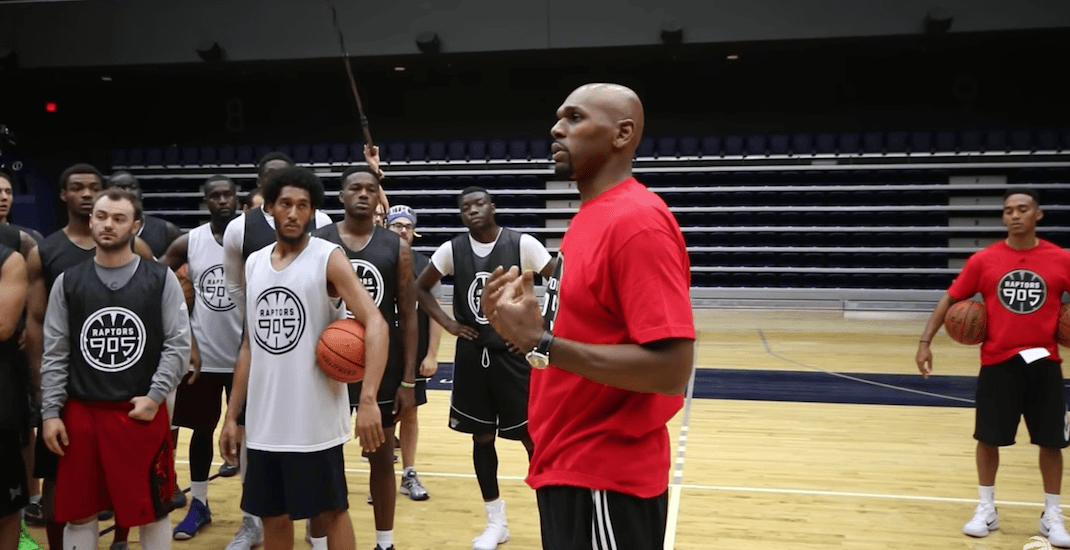 So you think you can ball?

Raptors 905, the NBA G League affiliate of the Toronto Raptors, is giving you a chance to put your money where your mouth is after announcing open tryouts that will take place at the University of Toronto’s Mississauga campus.

This could be your shot. Registration for our 2018-19 Open Tryouts is now live.

Tryouts will be held on Saturday, September 15 and come with a $225 early bird registration fee – an amount that increases to $275 after September 8th.

It’s the fourth consecutive open tryout the team has scheduled following the success of the preceding trials.

Two years ago, open tryout attendee Negus Webster-Chan impressed enough to stick with the main roster through both the 2016-17 and 2017-18 seasons.

Players that impress at trials can either be drafted in October’s NBA G League draft or invited to training camp.

The tryouts themselves will include team drills, individual skills work, and scrimmages that will be conducted in front of Raptors 905’s coaching staff.

Earnings for players in the G League aren’t spectacular, but they’re steadily rising. For the 2018-19 season, the baseline salary is $7,000 per month. That amount prorates to $35,000 over the five-month regular season should a player stick with his team for the whole season. Players can earn additional money through affiliate bonuses and NBA call-ups.

Not bad for an opportunity that can be won through an open tryout.