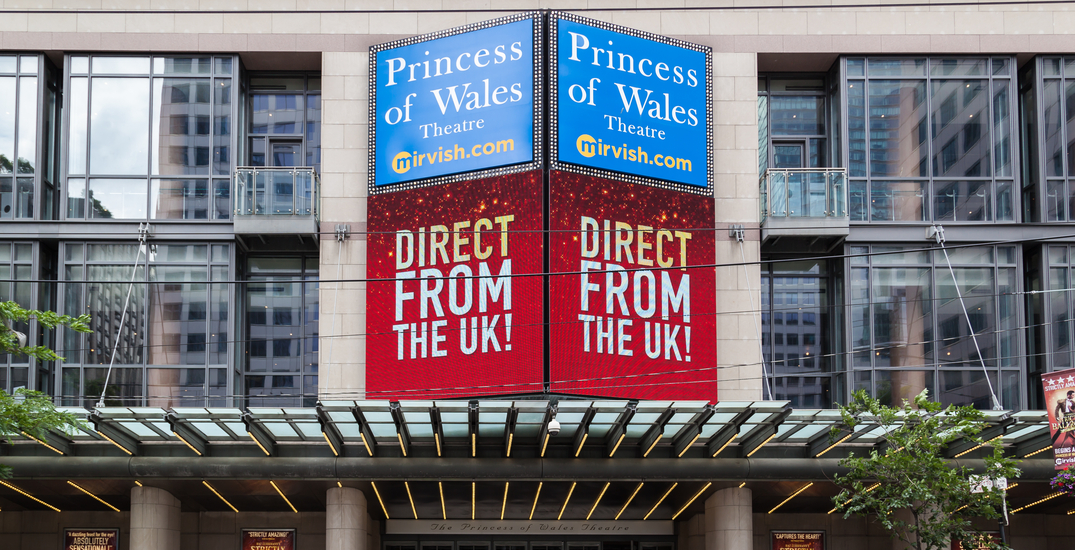 Toronto’s iconic Princess of Wales Theatre is set to reopen in November.

Set to open on November 17, Mirvish Productions says this will be the first indoor theatre production the city has seen since the pandemic shut down all theatres in March. The date is subject to change based on health and safety concerns.

“For the last six months my staff and I have been working diligently to find a way to offer different forms of theatre in environments that are safe and comfortable,” said David Mirvish, the founder of Mirvish Productions, in a release.

Mirvish says his team has been working with the TELUS Medical Advisory Council, a team of Canadian medical experts, to prepare an informed, science-based, and compassionate pandemic response.

Each performance will be limited to 50 people, and all audience members must wear a mask for the duration of the event.

In fitting with 2020, BLINDNESS tells the story of a community gripped by a pandemic of infectious blindness. As it spreads through the city, panic ensues. Based on Nobel Prize-winner José Saramago’s dystopian novel of the same name, the theatrical production has been adapted by award-winning into a sound installation.

The sound is designed to be binaural, making the work sound as if it were physically happening around audience members, according to Mirvish Productions.

The production helped re-open London’s Donmar Warehouse theatre in August following more than five months of closure. It was met with rave reviews, said the release.

“We are especially proud to be presenting BLINDNESS for the first time in North America,” said Mirvish. “It’s a first step to reenergizing the theatre community here, offering much-needed hope to arts workers and audiences alike.”

More information about running dates, times, and tickets for BLINDNESS will be announced at the end of October.