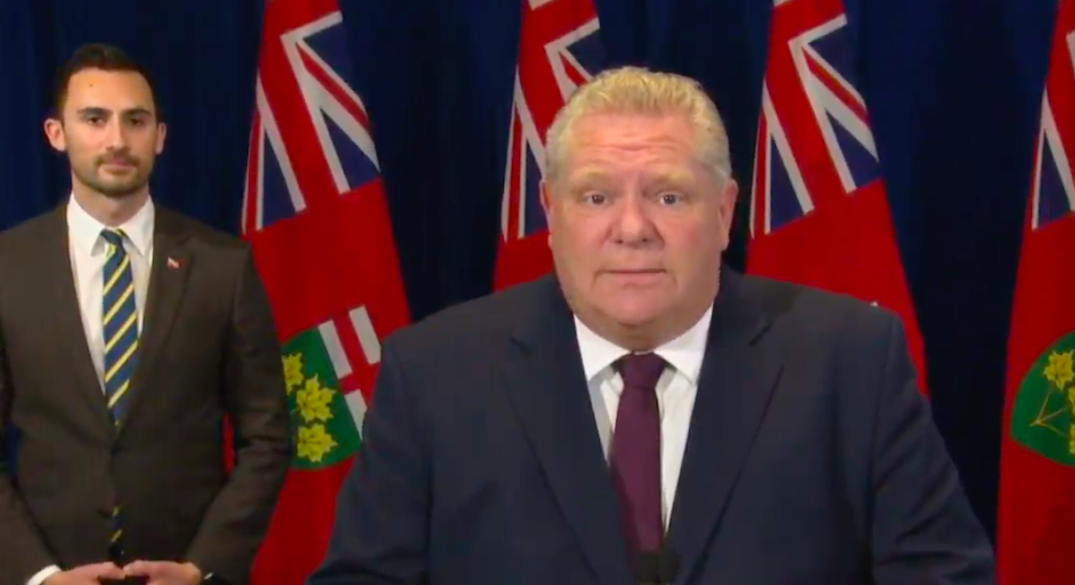 Ontario’s Premier Doug Ford said that medical supplies in the province are “strained” due to the US not allowing supplies to cross the border.

On Monday, Ford said that because the US is not allowing personal protective equipment (PPE) supplies cross its borders, getting supplies from other countries during this time is becoming “increasingly difficult.”

“We’re exhausting every avenue available to us and overturning every stone,” Ford said.

He added that supplies in Ontario are getting “low” and there is an increased demand for medical supplies, as more new cases are confirmed every day.

The premier said that close to four million masks were made through two orders, coming from the manufacturing company 3M and were reportedly stopped by US officials. Of that, he said that 500,095 masks were released from the 3M shipment coming that are coming to Ontario.

However, he remained skeptical of the shipment.

Ford also said the federal government needs to get involved to ensure Ontario has medical supplies, and doesn’t run out.

He said it’s tough to get supplies of surgical masks, N95 masks, as well as gowns.

“We just need the federal government down in the US to exempt us,” he said. “We’re getting extremely close.”

With the 500,000 masks arriving in Ontario, Ford said this will buy the province “another week.”

Trudeau commented on reports regarding the US stopping shipments of PPEs during his daily press conference, saying that Canada continues to have “productive and positive” conversations with the US and that “we must continue to be there for our neighbours.”

The prime minister added that François-Philippe Champagne, Minister of Foreign Affairs, spoke with Secretary of State Mike Pompeo, and “we are expecting those products to be delivered.”