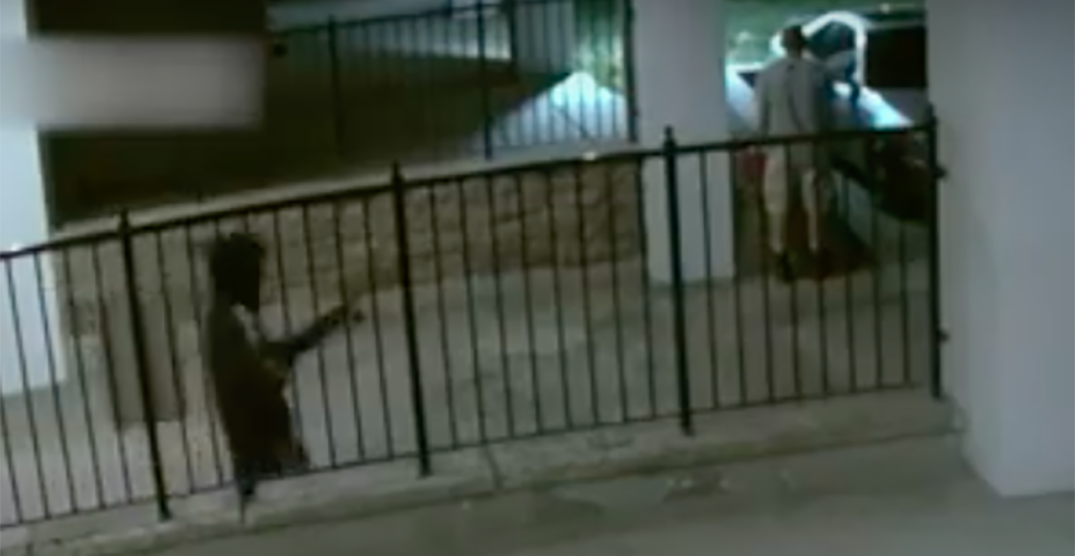 Police have released footage of two suspects they say are responsible for the death of a man in Toronto, earlier in the week.

On Wednesday, August 12, at 3:36 am, police reporting being called for a Shooting in the Danforth Road and Eglinton Avenue East area, according to a release.

A man was reportedly found with “obvious gunshot injuries” to his torso.

John Wheeler, 45, was transported to hospital and later pronounced deceased, according to police.

In a series of four videos released by law enforcement on Friday, the suspect vehicle is shown — though no make or model has been identified — approaching the area, while the next video shows two individuals dressed in dark clothes motioning with a gun.

In the last two, Wheeler is shown exiting his building and the final clip shows the armed suspect approaching a man from behind who appears to be dressed the same as Wheeler.

According to police, this is “just before he shoots the victim.”

Law enforcement has released the following descriptions of the two suspects and is asking the public for any information.

The first suspect is a Black male, in his 20s, wearing dark clothing with white markings on the sleeves, a mask, and caring a firearm.

The second is a white male, also in his 20s, wearing dark clothing with white on the front, a mask, and was caring a black duffel bag.

The two suspects are considered armed, violent, and dangerous. If located, police say to not approach and call 9-1-1 immediately.