It looks like winter has officially arrived. And while residents are asked to clear their sidewalks for everyone’s safety, you can keep up with the City of Toronto’s snow removal efforts in real time.

The city created Plow TO in 2016, which includes snow removal updates and a real time map of Toronto. The page enables users to enter a specific address in Toronto, and follow the winter road maintenance of the area.

And since then, it has made several updates, including for the 2019/20 winter season which includes: 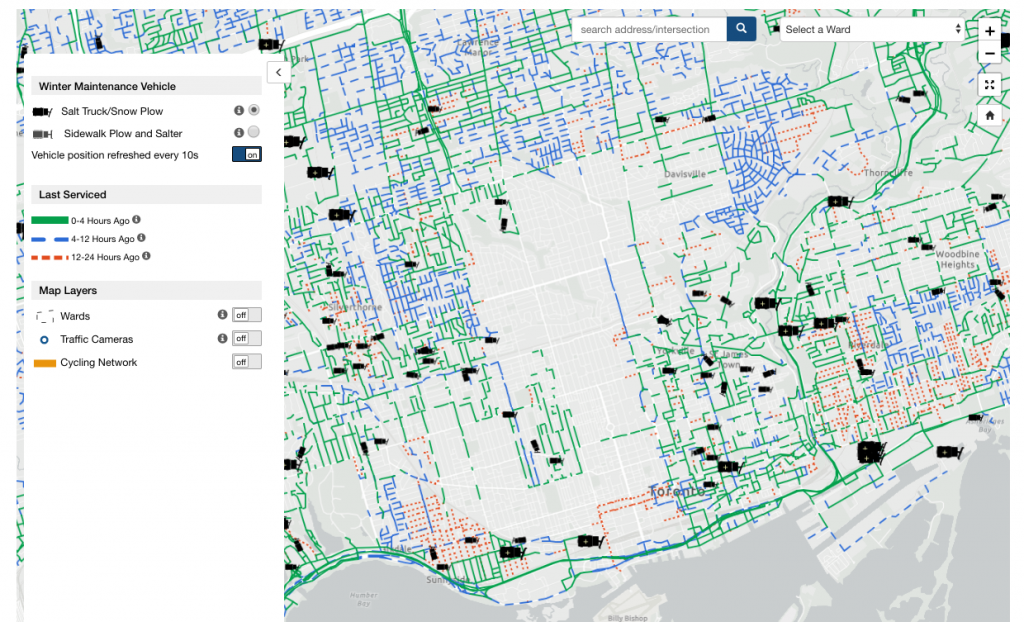 It is only when the snow stops, and if the snow accumulation has reached eight centimetres, that plows are sent to local roads. The city will clear the local roads between 14 and 16 hours after the snow stops falling.

The city says it has a fleet of more than 1,100 snow clearing vehicles as well as more than 1,500 personnel (contracted and city staff) on standby 24 hours a day and seven days a week ready “to respond to snow at a moment’s notice.”