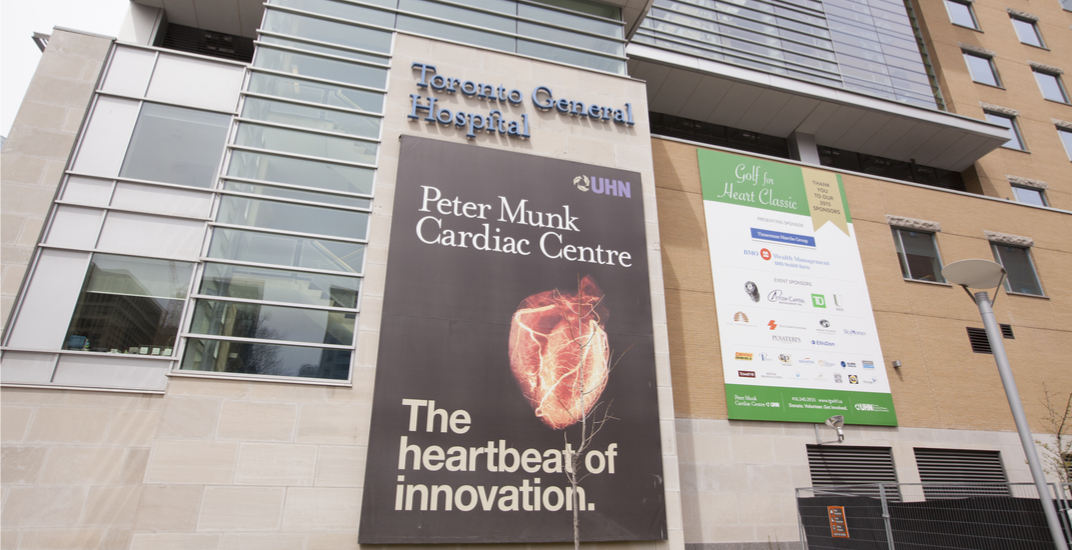 A Toronto cardiac centre has received what’s likely the largest donation to a Canadian hospital. Ever.

The Peter and Melanie Munk Charitable Foundation increased its support to the Peter Munk Cardiac Centre (PMCC) with a charitable gift of $100 million.

According to the University Health Network, the donation will be used to develop data-driven digital cardiovascular health platform that reduces costs, advances medical research, and improves the outcomes of patients with cardiac and vascular disease.

The latest charitable gift brings the Munks’ support of the UHN and the PMCC to more than $175 million since 1993.

“Melanie and I are committed to the mission of the PMCC, which is to be the world’s leader in cardiac and vascular care,” said Peter Munk in a statement. “Since it opened, the PMCC has changed the way cardiovascular patients are treated in the Province of Ontario, across Canada, and around the world. Now, using the most innovative digital technologies, the PMCC will establish a new standard of care for patients and, ultimately, lead to a significant reduction in cardiac and vascular fatalities.”

Donation is largest gift to a hospital in Canadian history. Special thanks to Munk family for this investment in our city’s health care.

Dr. Peter Pisters, president and CEO of UHN, home to the PMCC, said that the donation will lead the future of cardiovascular care globally, and with a partnership with the Vector Institute, will advance Toronto’s leadership in the field of artificial intelligence.

“The digital cardiovascular health platform will allow us to apply artificial intelligence and machine learning to predict and treat life-threatening cardiac problems before they occur, and to develop novel therapies for patients with cardiovascular disease,” said Dr. Barry Rubin, Medical Director of the PMCC. “None of this would be possible without the generous support of Peter and Melanie Munk and their vision for the future of cardiovascular care.”

The PMCC is the premier cardiac centre in Canada. Since its opening, the PMCC has saved and improved the lives of cardiac and vascular patients from around the world. The PMCC is based at the Toronto General Hospital and the Toronto Western Hospital – members of the University Health Network.