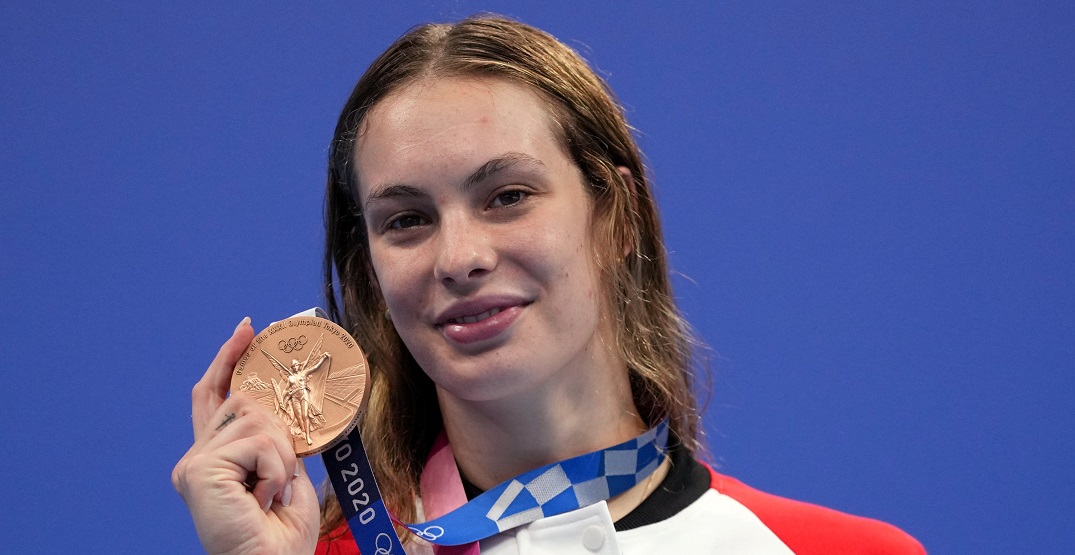 From 3-5 pm on Thursday, October 14, swimmer Penny Oleksiak will be in attendance at Kew Gardens Plaza (located off of Queen Street, east of Woodbine Ave) as part of a drive for Toronto’s Daily Bread Food Bank.

Oleksiak will be giving out a short speech about her partnership with Daily Bread Food Bank, and then is around for “signing autographs and mingling with supporters.”

Oleksiak won three medals at this year’s Tokyo Olympics, adding to her four won from the Rio 2016 Games. Her total of seven medals has made her the most decorated Canadian Olympian of all time.

“Penny has grown up in the Beaches neighbourhood. She has donated efforts to various initiatives, including collecting and donating food to those less fortunate,” said Marg Gillespie, Chair of The Beach BIA (Business Improvement Area). “We are proud to partner with Penny on this food drive for the Daily Bread Food Bank. We congratulate Penny on her incredible Olympic achievements and wish her continued success in her future endeavours.”