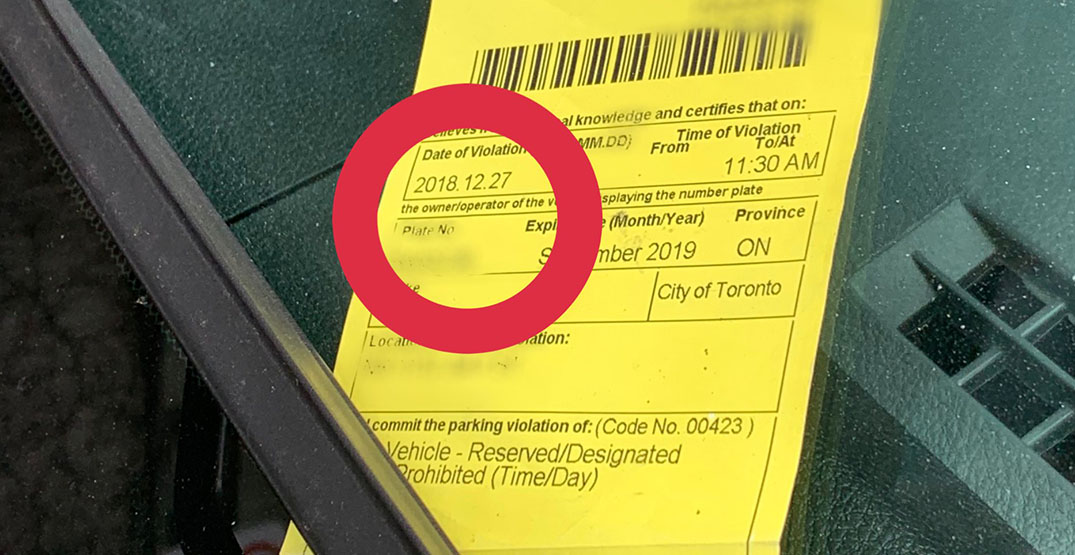 A Toronto driver who tried to weasel their way out of a parking ticket by leaving an old tag on their windshield didn’t fool a local traffic officer who shared their story on Twitter.

Parking enforcement officer Erin Urquhart who’s often seen issuing tickets to drivers parked illegally in bike lanes revealed on Twitter Tuesday that the tactic of leaving an old ticket on the windshield is one she sees often.

“I know this game. Trying to be sneaky to avoid a new ticket. I fixed that for them,” she said, sharing an image of the old ticket from 2018.

The driver ended up with a brand new $100 fine for their parking job.

This happens often😒I came across a vehicle illegally parked today & it already had a tag on windshield. I checked it. It was from 2018! at a different address 🤦🏼‍♀️I know this game. Trying to be sneaky to avoid a new ticket. I fixed that for them. 🤨👀 a new $100 tag served. pic.twitter.com/IbYKiWNDBy

Bylaw officer Matt Robbins chimed in on Twitter too, saying an old ticket on the dash actually attracts more attention to the car — because an officer will check if the vehicle is abandoned.

If anything this attracts MORE attention to that specific vehicle. Seeing a ticket prompts me to check if the vehicle may be abandoned or derelict.