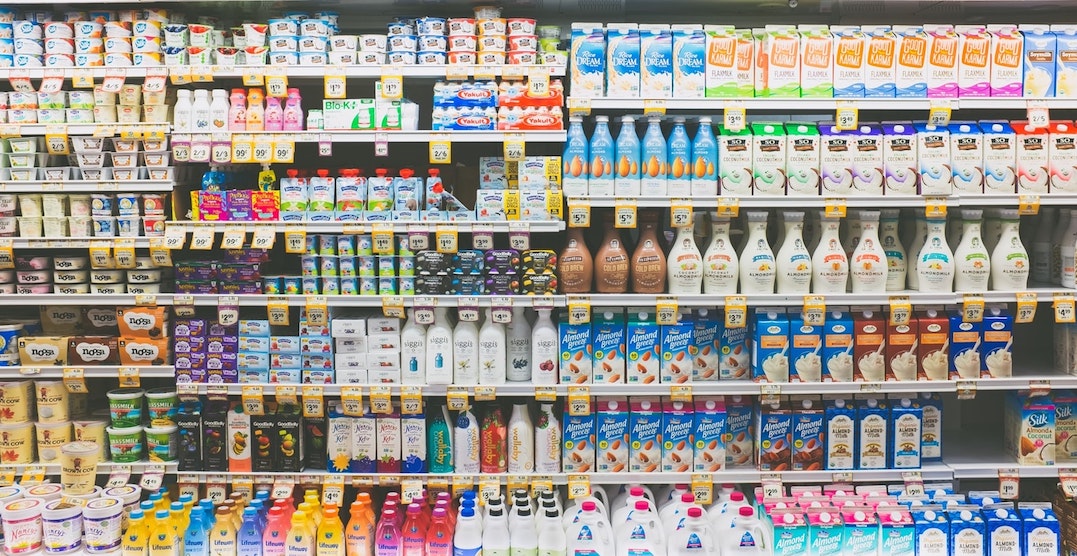 Packaged foods that you’ll find on Canadian shelves ranks among the healthiest in the world, according to a recent report.

But before you reach for that Twinkie, take a pause.

Because different varieties of packaged food proved to contain wildly different nutrient profiles, which means that some convenience-options are more health-supportive than others.

The study, conducted for the next issue of World Obesity Journal, compared the healthiness of packaged foods and beverages from 12 countries across the globe using the Health Star Rating (HSR) nutrient profiling system.

Nutrient profiling is the science of classifying foods and drinks according to their nutritional composition, for reasons connected to preventing disease and promoting optimal health. The HSR is one of the most widely used nutrient profile models used today. The system consists of scores that are converted to a ‘Health Star Rating’ from ½ (least healthy) to 5 (most healthy) stars in ½ star increments.

The study rated baseline points for energy, saturated fat, total sugars, and sodium content per 100 g; and modifying points for FVNL (fruit, vegetable, nut, and legume) content, protein, and fibre where applicable. Overall scores were calculated by subtracting modifying points from baseline ones, and HSRs were assigned from there.

HSR results for each country based on categories. Wiley Online Library.

HSR rankings differed when foods and beverages were separated out, though, which is where it can be noted that Canada’s packaged food is particularly high in sodium. We ranked with the highest median sodium content of all countries studied, with 291 mg per 100 g.

For all countries, “meat and meat alternatives” contained the highest median sodium content, followed by “snack foods,” and “sauces, dressings, spreads, and condiments.” The lowest sodium was found in “edible oils,” with 0 per 100 g. 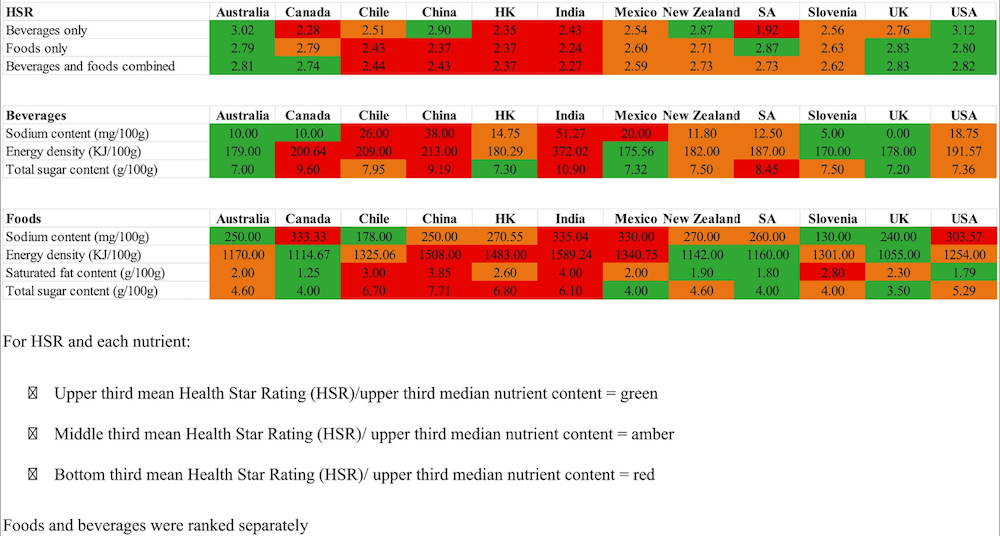 Canada’s rankings for those categories are 3.43 and 3.90, respectively, which are the highest rankings for the country’s packaged food across the board.

So while overall, our quick-pick options are better for us here than they may be elsewhere, opting for snacks that revolve around fruits, veggies, nuts, legumes, and eggs is the best bet for your health.

But you probably already knew that.