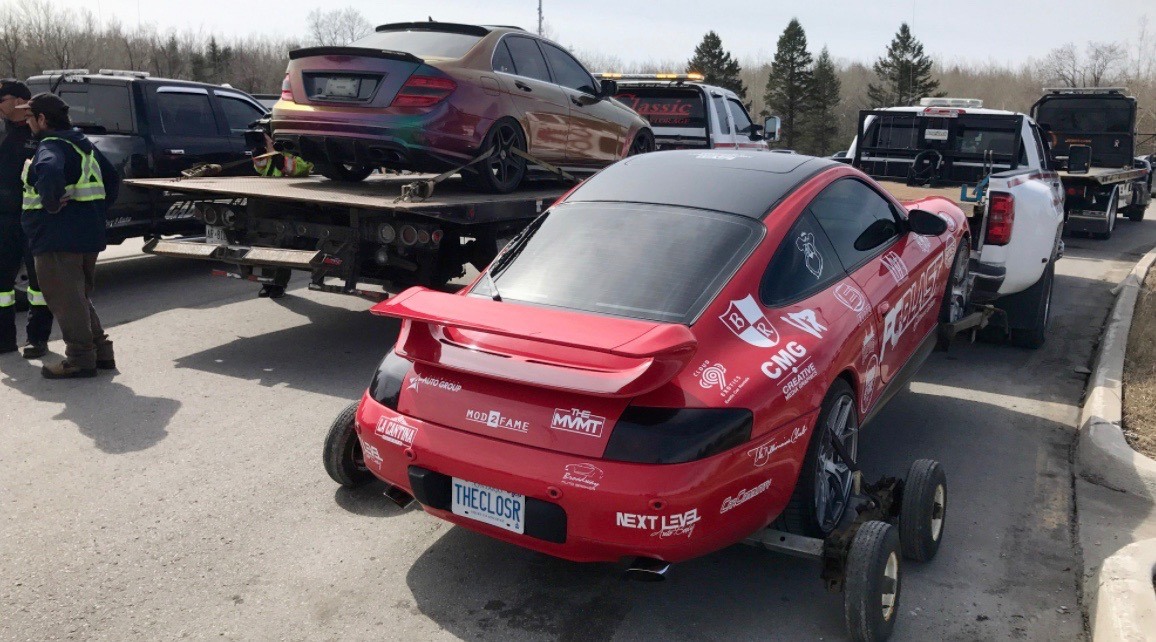 This is not what people mean when they say they’re going out for a Sunday drive.

The OPP have charged 12 drivers with stunt driving and impounded their luxury vehicles after reports came in that “a whole group of vehicles travelling erratically, aggressively dangerously, [were] coming off of Highway 407, heading North on Highway 400.”

Stunt driving is many things, including changing lanes repeatedly to get through traffic while speeding…#TakeItToATrack #WeLikeCarsToo pic.twitter.com/nJbRfjHTLY

The Police set up a rolling block on Highway 400 northbound and funnelled the cars into a service centre. With the help of eyewitnesses, the police were then able to idenitfy the drivers and get the cars off the road.

Everything from Lamborghinis and Rolls Royces to Porches and Ferraris were impounded.

The vehicles will remain impounded for 7-days and each driver has had their license suspended for the same stretch. According to Sgt Kerry Schmidt, charges are currently pending with thousands of dollars in penalties on the table for the group.

16 – The number of people KILLED on Provincial roads this year because of Aggressive Driving #TakeItToATrack
A 60% increase from last year pic.twitter.com/wwqMbpDBJO

If you see anyone driving like this, the OPP ask that you call 911 immediately. 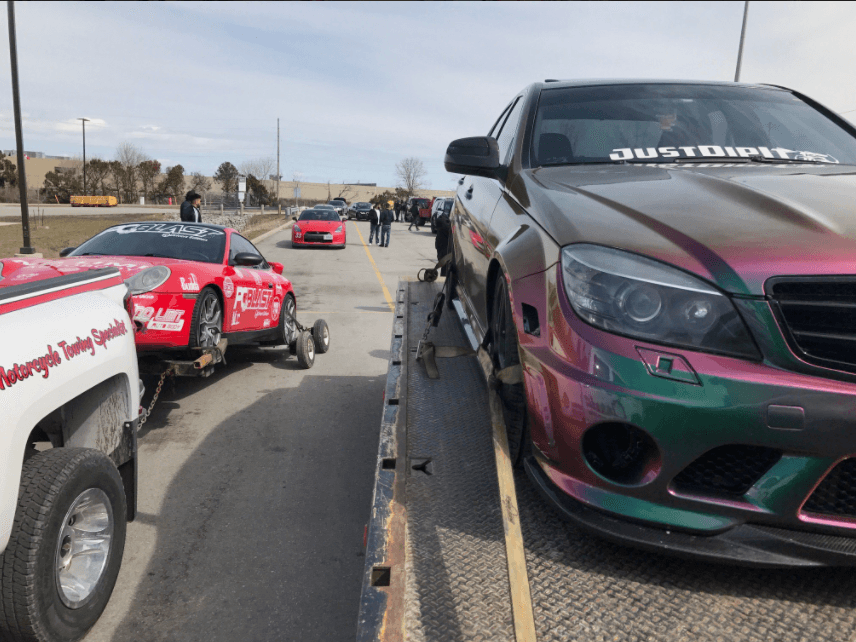 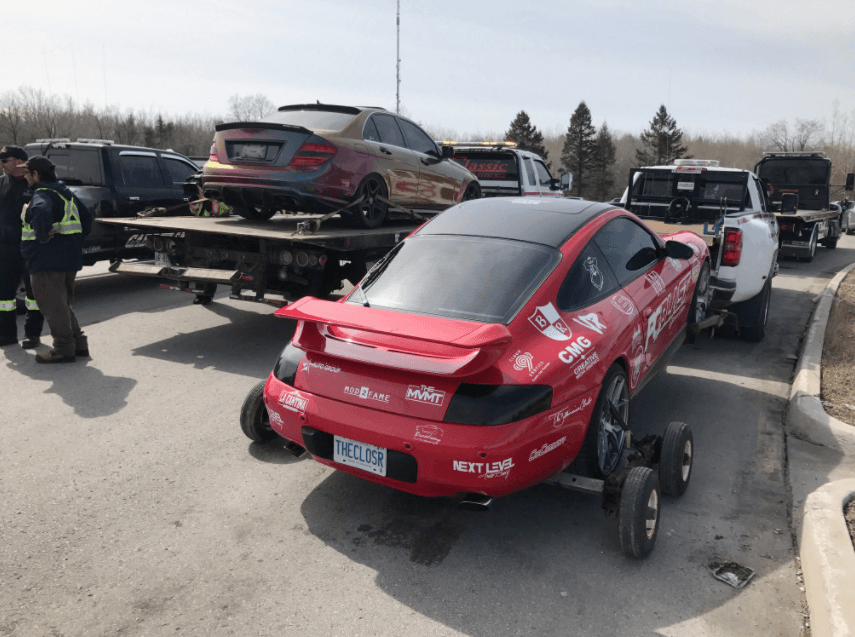 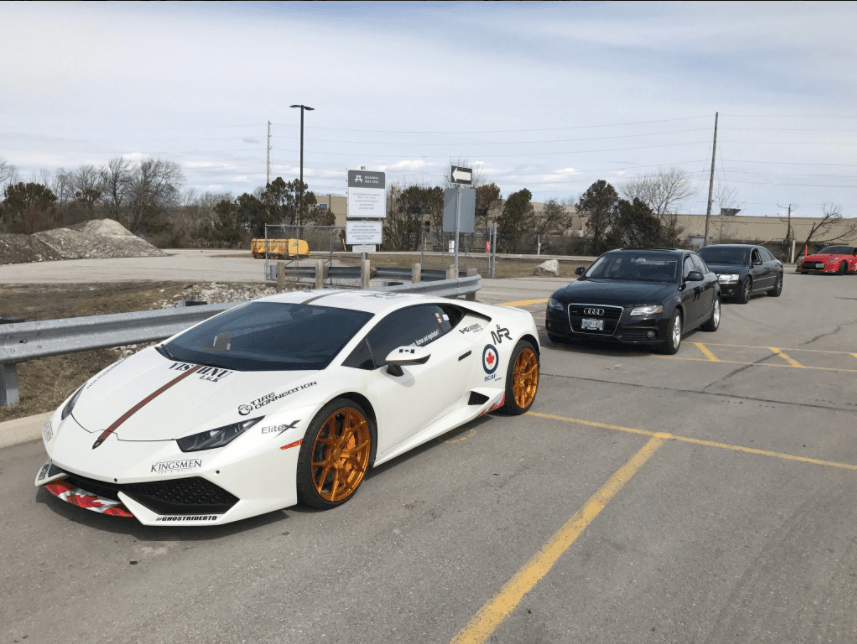 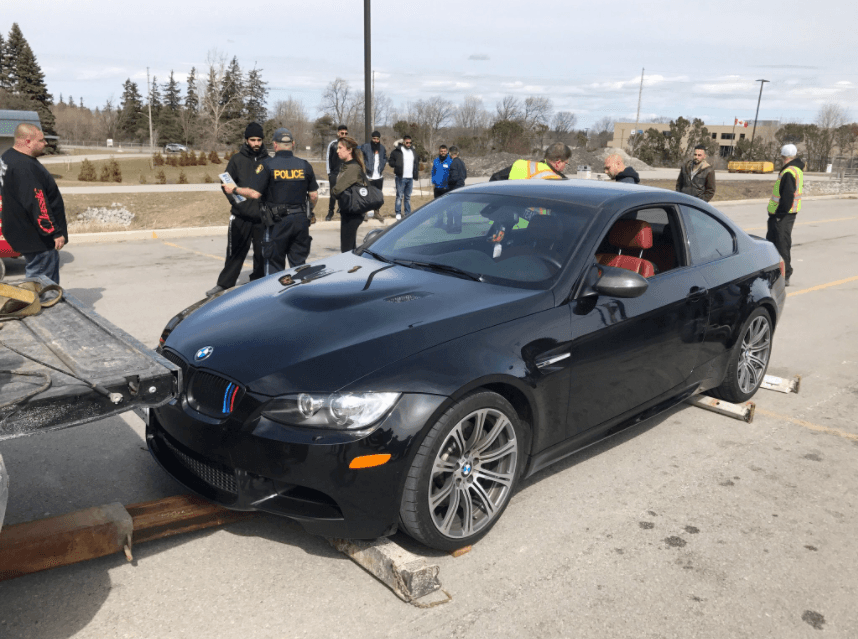