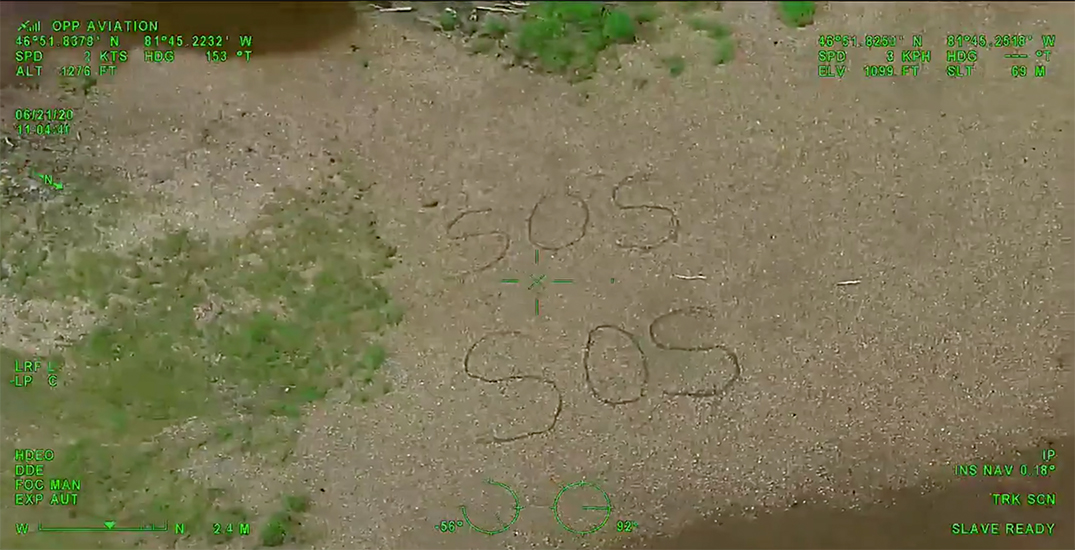 A 35-year-old woman was rescued from a remote area in Spanish River Provincial Park in Ontario.

The Manitoulin (Espanola) Detachment of the OPP received a report of a stranded person shortly after midnight on Sunday. The person was reported to be on the Spanish River in Dennie Township.

The investigation revealed that two female friends left on June 17 from Duke Lake, in the Gogama area, to go on a five-day canoe trip.

A heated argument occurred between the two friends toward the end of the trip and allegedly resulted in one of the women leaving in the canoe which left the other stranded on shore.

The stranded individual, from Sudbury, was left with a tent and limited supplies.

The women inflated her sleeping pad and used it to travel down the river, due to not having any cell service.

Before leaving, the woman wrote the “SOS” distress signal in the sand.

When she reached an area with some cell signal, she contacted her spouse and was able to provide the location coordinates.

She was located at 11:20 am and was then transported to the Sudbury Airport. There, she was assessed by Sudbury Emergency Services (EMS).

A video has been released by the OPP that shows an OPP helicopter searching for the stranded hiker.

A 35 year old was safely rescued from a remote area of the Spanish River Provincial Park as #OPPAviation, @OPP_NER Emergency Response Team and @OntarioParks worked together on Sunday June 21 pic.twitter.com/6gHh5V38sK

It also displays the “SOS” distress signal carved out twice in the sand of the provincial park.

Police say the woman was located in good health, other than suffering from insect bites.