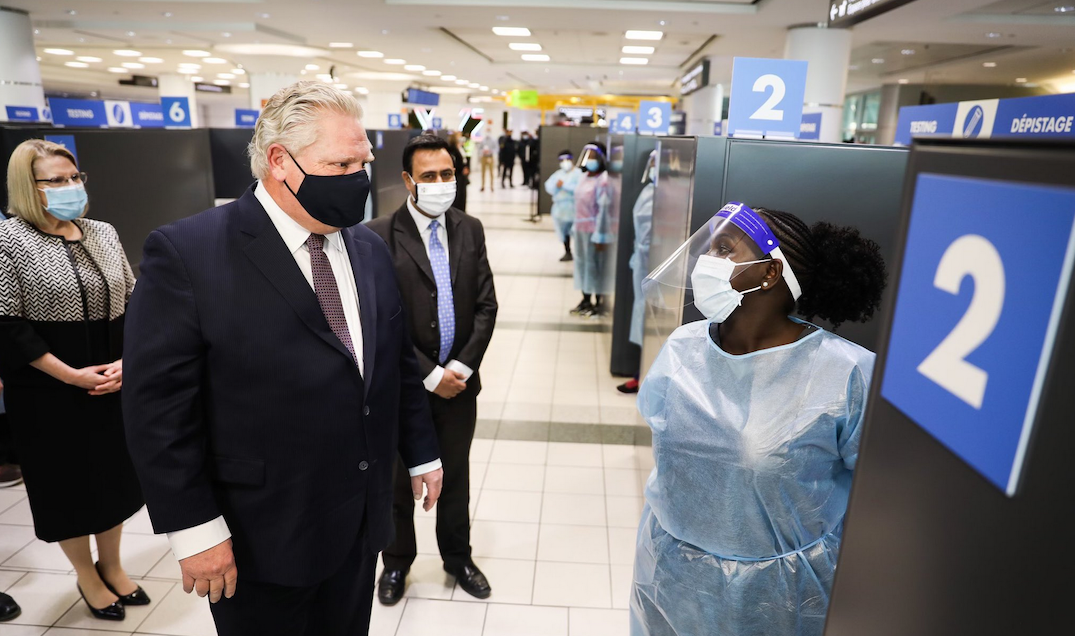 A recent article by a Liberal strategist suggested that Premier Doug Ford is not equipped to champion issues that are unique to racialized communities. Though Ford can certainly do more, how do other Ontario party leaders rank on the subject?

I’ve spent my entire adult life advocating for communities of colour and their advancement. Politically, I have lent my time and efforts to several campaigns including one of my own. I will not mince words – the Doug Ford government can do a heck of a lot more to tackle issues faced by racialized communities in this province, but so can all of our other leaders.

We know that the pandemic has affected communities of colour disproportionately. Many of our frontline workers happen to be from communities of colour. More so, the economic disparities and systemic inequities that racialized communities face have now been on full display. Undoubtedly, the solutions we need have to come from diverse leadership teams that can speak to these issues with sincerity and from lived experiences. Fortunately, Doug Ford has MPP’s like Stan Cho, Prabmeet Sarkaria, Michael Parsa, and more. I do agree that the party specifically needs Black voices and perspectives, and with a provincial election looming it may very well get that.

On the education front, Minister Steven Lecce made clear that streaming is a “systemic, racist, discriminatory” practice. Streaming asks students to choose to pursue either an “academic” or “applied” track when they start Grade 9. When it comes to graduation rates and post-secondary success, this practice has been proven to affect Black students the most. It was a monumental step forward when the Ford government decided to end it.

NDP leader Andrea Horwath has benefited from having several Black MPP’s on her team. These MPP’s have been able to give her valuable insight on Black issues throughout the pandemic. In June, Horwath called anti-Black racism “a public health crisis.” Her party has also created a Black victory fund that seeks to give money to Black candidates looking to run under the orange banner. Still, though, Horwath seems to be more interested in scoring points through public opinion than anything else. She’s failed to put together fully developed policy and action plans on these matters, mainly just issuing brief statements.

For his part, Liberal leader Steven Del Duca has done much of the same. In June, he penned an article for the Toronto Sun entitled, “Rights won by black Ontarians eroded by Ford government.” The article cited the need for race-based data to be collected, police to be provided with body cameras, and more. On the surface, this sounds great, but when faced with the opportunity to rise to the occasion Del Duca failed.

In 2020, seven prospective contestants were hoping to run under the Liberal banner in the Toronto Centre riding, at least three were BIPOC. Those three individuals stated they felt discouraged from running by the riding association’s president; Milton Chan. Chan is the riding president and senior legal counsel for the party. In 2017, Chan was investigated by the former premier’s office for anti-Black statements he made on Facebook. Under Del Duca’s leadership, the Ontario Liberals decided they would not be probing any of the allegations made against Chan. Del Duca’s 2020 leadership win was largely attributed to hiring Chan (who is a senior organizer) to run his campaign.

Though it is fine to criticize current Premier Ford for his track record on Black issues, it’s important to highlight actions from other major party leaders too.

On the part of Ford, it’s clear he is trying. Let’s encourage our leaders when they get it right, and encourage them to do more. After all, if our Premier is successful, our province is successful.

Editor’s Note: In early 2020, Vonny was seeking an OLP nomination before later withdrawing.