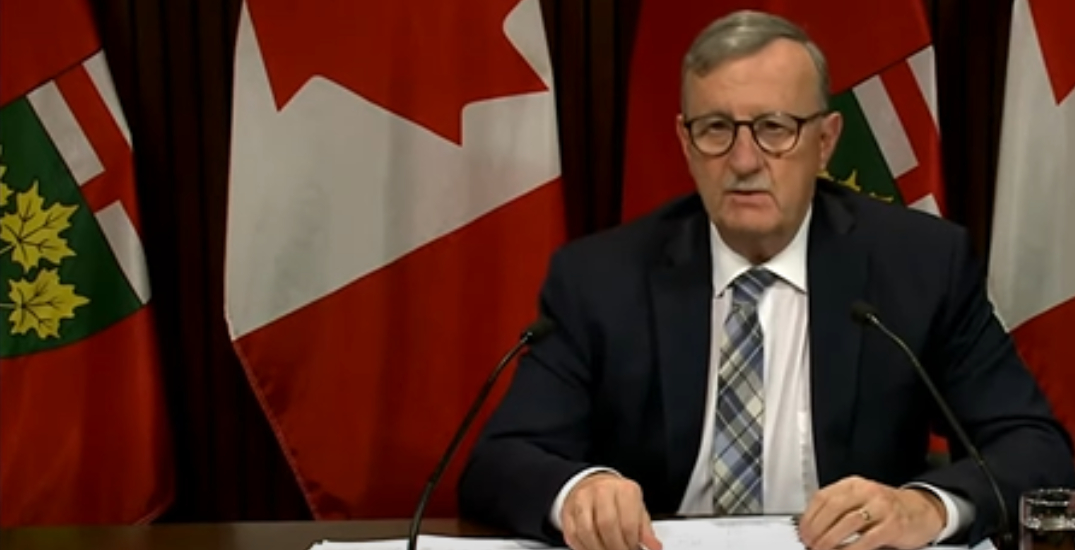 Ontario’s Chief Medical Officer of Health says he would be “surprised” if the lockdown orders imposed on Toronto and Peel Region were lifted in 28 days.

At a press briefing on Monday, Dr. David Williams said it was unlikely that the two areas would be able to reduce their COVID-19 numbers drastically enough to have some restrictions eased.

The City of Toronto and Peel Region are both in the “Grey – Lockdown” level of the province’s COVID-19 framework. The new restrictions came into effect on November 23, and will last until at least December 21.

“We’d be surprised to see if we’re out of this in four weeks. But it’s a surprise I would like to be taken off guard by if we did,” Williams said. “It’s seemingly unlikely at this time. We have to be logical about it.”

He also noted that it would be “risky” to lift lockdown restrictions right before Christmas and New Years, as people may go “off the rails” with social gatherings.

When the regions are eventually able to get their numbers under control, they would move back into the Red – Control zone.

“Is it possible? It could be. Would we be pleased and surprised? We would be,” Williams said. “But that takes everybody…really ramping up the personal behaviour.”