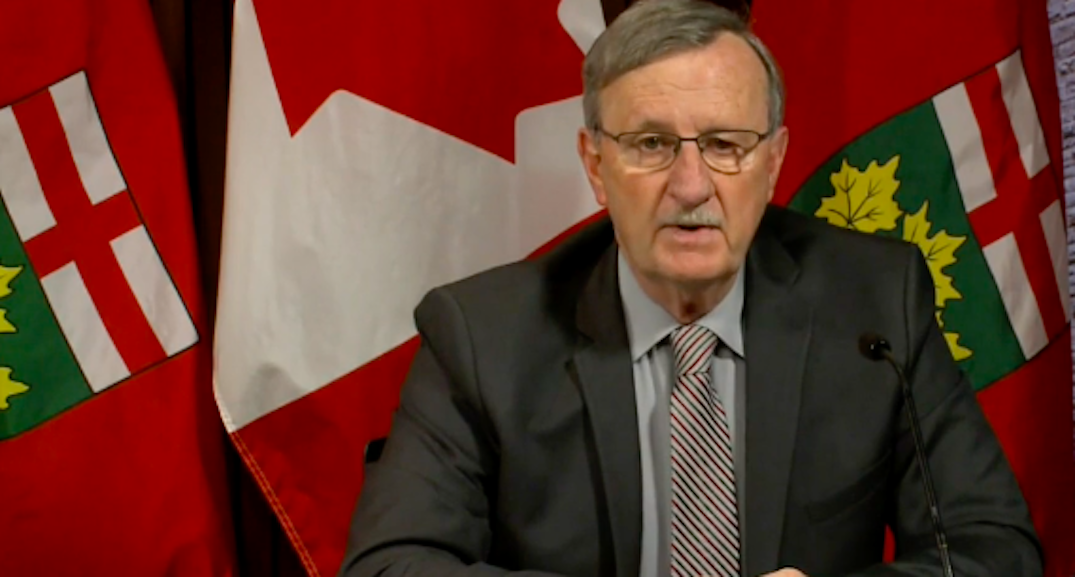 Ontario’s top doctor said that the province needs “very strict” measures at the borders, especially at the airport, in order to slow down the spread of COVID-19.

On Thursday, Ontario’s Chief Medical Officer of Health Dr. David Williams Premier said, “We really have to have very strict measures at our borders especially at the airport this has been going on for four months now. It is a federal jurisdiction — it is their responsibility.”

He added that some federal counterparts feel they have “one of the best protections” with Williams saying the province is not in agreement with those claims.

“We still find cases coming in. We’d like to have stricter measures for us to put steps in there… we’d like to do it in partnership with federal counterparts to make sure we can really tighten that up,” he said.

Currently, the provincial and federal governments are doing a pilot on testing, which they’re “ramping up” to increase testing at land crossings at the border, which is where COVID-19 cases are coming from.

“It is a big issue. It’s one we’re concerned about. We want to clamp down on that and stop any further infections. Including the UK, and other variants [entering] into the Ontario setting that is very much an ongoing, assertive discussion.”

At the start of 20201, to crack down on those who have travelled, Prime Minister Justin Trudeau said Canadians who are quarantining after returning from non-essential holidays abroad will not be eligible for the Canada Recovery Sickness Benefit (CRSB).