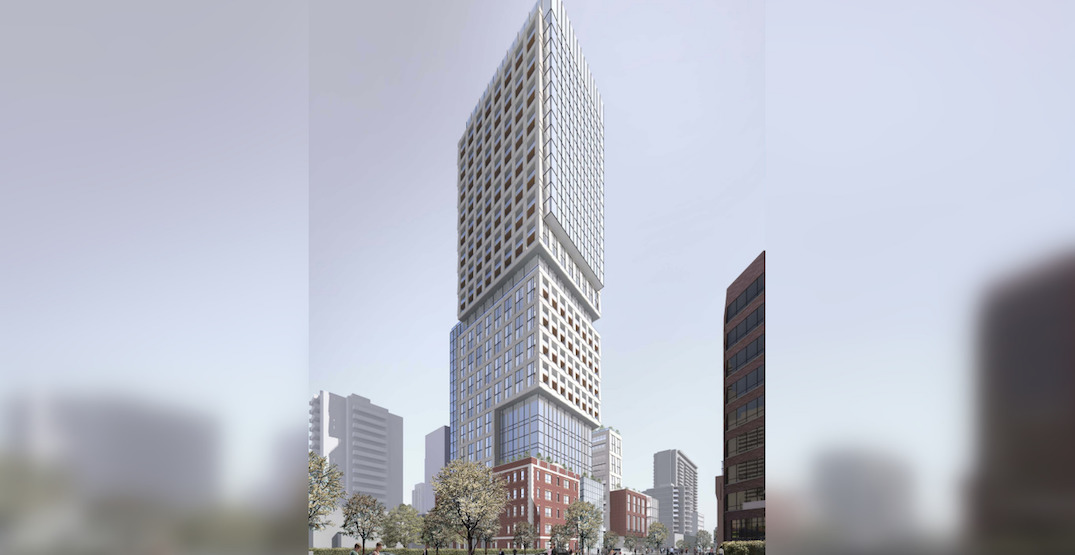 A developer hoping to erect a 36-storey condo tower in downtown Toronto just had their plans quashed by a provincial review board.

Developer ONE Properties sought an appeal from the Ontario Land Tribunal (OLT) after the City rejected their plans for a tower at 64-66 Wellesley Street East, on the northwest corner of Church Street. But on Tuesday, the OLT ruled that the proposed development was too tall for Church Street, which typically has much smaller buildings.

City Councillor Kristyn Wong-Tam, who has previously spoken out about the proposed 433-unit building, called the decision a “big win” for the Church Wellesley Village.

“Since 2017, I have fought overreaching development applications, including from ONE Properties,” Wong-Tam said in a statement. “My position that the Church Wellesley Village is a special character area has been supported by both City Planning and the community.”

The OLT, however, did say that if the height of the Toronto condo tower were to be lowered, the development would be able to fit into the neighbourhood’s landscape, leaving the door open to a future, smaller-scale proposal.

“The proposed tower with less height could also reinforce the general stepping down of building heights along Wellesley Street East from Yonge Street,” the decision reads.