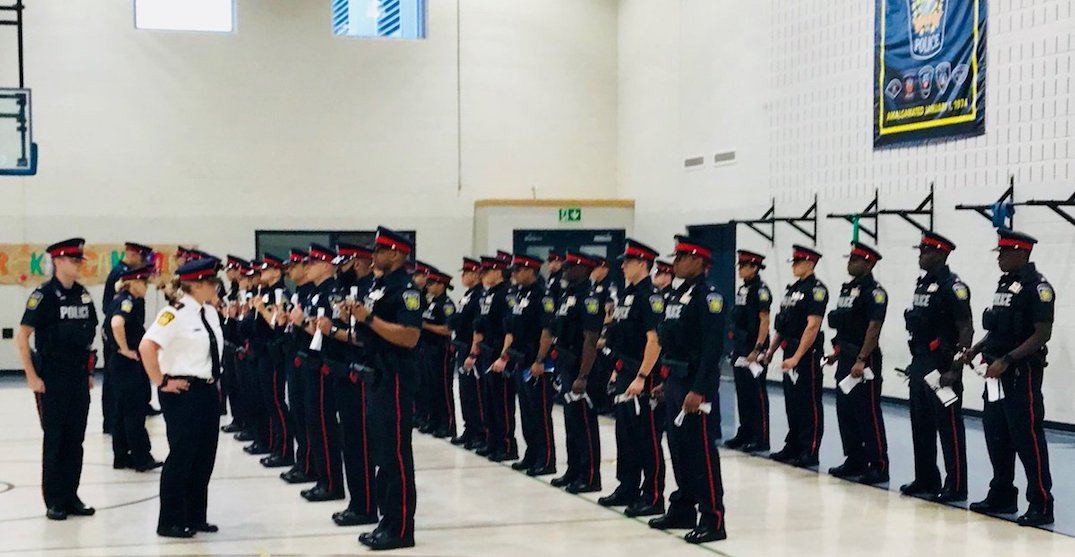 A memo obtained by CTV News states that the Physical Readiness Evaluation for Police (PREP) test, which consists of an interval training course that assesses a recruit’s overall fitness level, strength and endurance, will no longer be a component of the Basic Constable Training Program.

Instead, the report states that “new recruits will take part in a foot-chase course, which the college says is ‘reflective of their day-to-day duties’ as a police officer.”

As well, successful completion of the course won’t be required in order to graduate.

And the change doesn’t just apply to new recruits. The college also stated that any “previous intakes” who successfully completed all aspects of the program, other than the physical fitness test, will also receive their basic training certificates, reports CTV.

The Ministry of Safety and Correctional Services said that the physical testing duplicated service performed by both the college and local police services.

“Individual police services are responsible for ensuring that their recruits are physically able to perform the duties of the position,” a ministry spokesman told CTV Toronto in a statement.

The report says that the memo was sent to all training bureaus, the Ontario Municipal and First National Police Services, and the Ontario Provincial Police on August 21 by Paul Hebert, acting director of the Ontario Police College’s Public Safety Training Division.

The training program changes came into effect as of September 5.