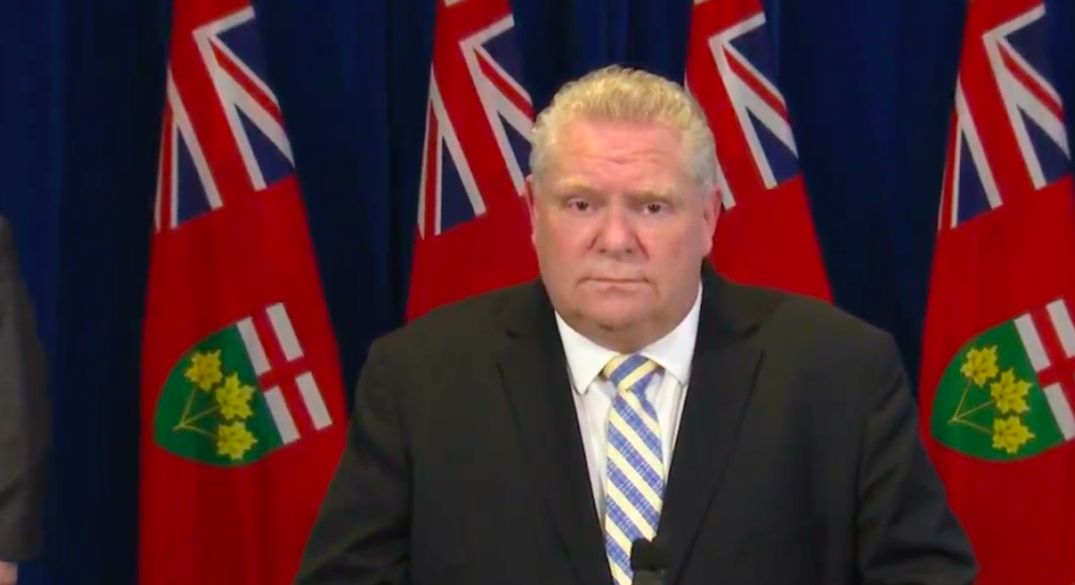 Ontario is planning on extending the province’s state of emergency amid the COVID-19 pandemic.

According to Premier Doug Ford, the province is looking to extend it for 28 days, until June 30, and will be looking to make its decision on Tuesday at Queen’s Park.

During his daily press conference, Ford said that extending the state of emergency allows the province the ability to make quick decisions immediately.

He also said it would allow Ontario to get “over the hump” and Ford wants to make sure that everyone is safe and healthy.

On May 12, the Ontario government officially extended the Declaration of Emergency under the Emergency Management and Civil Protection Act until June 2.

A total of 2,276 people have died from coronavirus in Ontario, and there are 6,427 cases currently under investigation.