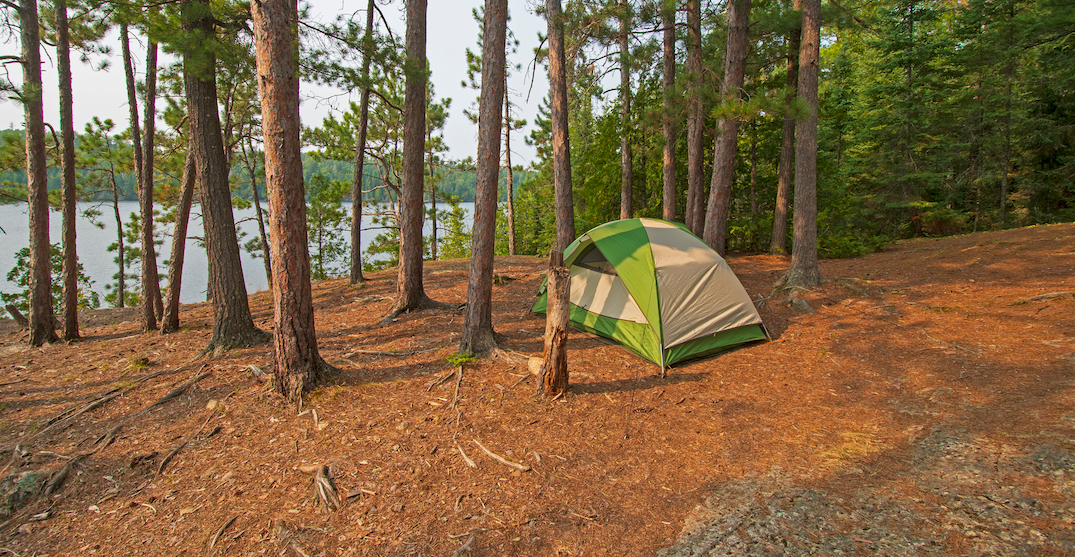 Ontario Parks is continuing a pilot program that charges a flat fee for backcountry campers, resulting in many paying three times more for sites.

The provincial government is in its second year of testing a flat fee program for backcountry camping in the Massasauga and the Temagami cluster of parks.

The Ministry of the Environment, Conversations, and Parks (MECP) confirmed to Daily Hive that campers for the Massasauga sites would be charged $40.75 per night.

“The Massasauga backcountry sites are outfitted with many amenities that require maintenance and sometimes replacements, including a picnic table, fire pit, and box privy, and some also have food lockers,” the spokesperson said.

For the Temagami parks, prices have increased to $32.50 per night, as they offer more “rustic experiences” with no extra amenities.

The fees used to be $9 a night per person.

“These pilot fee changes make backcountry camping fees consistent with our flat-rate per-campsite car camping fee model. The per-night fees at the Massasauga and the Temagami cluster of parks are reflective of the amenities available at the respective parks,” the spokesperson added.

According to the MECP, the fees that are collected for services in Ontario Parks stay in Ontario Parks and are used for offsetting costs to operate the entire system of provincial parks and conservation reserves, including services and facilities for backcountry access and camping.

Ontario Parks will conduct a review of the pilot at the end of the 2021 season. The long-term plan for backcountry fees across Ontario Parks has not been determined.