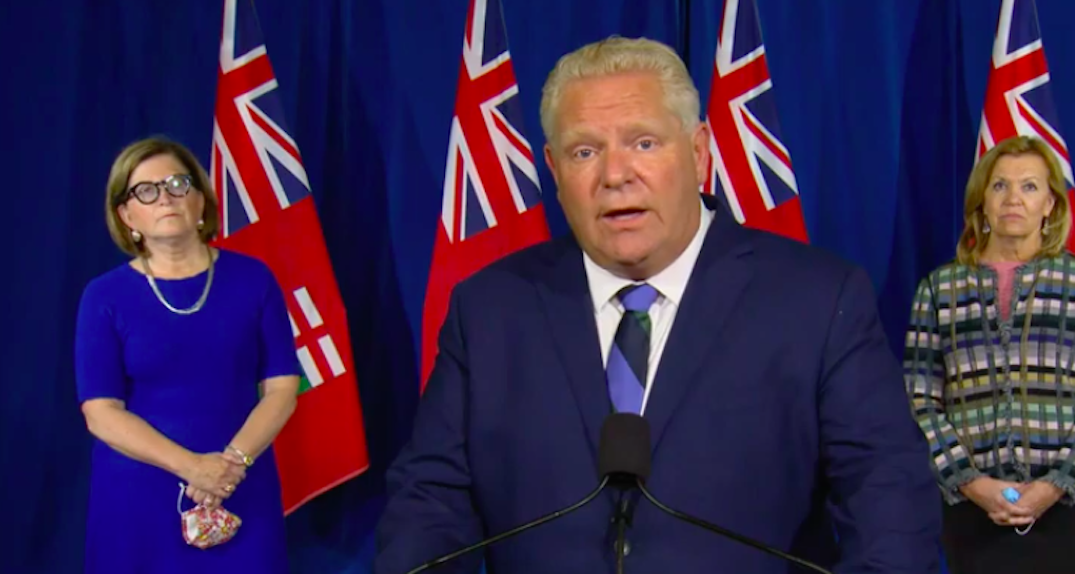 Ontario will be reporting over 900 new COVID-19 cases on Friday, the highest single-day count since the pandemic began. Premier Doug Ford’s cabinet will be holding a meeting to consider tighter restrictions to stop the spread of the virus, CBC reports.

According to the Canadian broadcaster, sources say that the new daily case count will exceed Thursday’s record of 797 cases.

Health officials have predicted the province could see 1,000 new daily cases by mid-October.

The CBC reports that Ford’s cabinet will go into an “emergency meeting” at 11 am to possibly implement new restrictions in the provinces hotspots.

The restrictions would include the closures of indoor dining as well as gyms.

On October 2, Toronto’s medical officer of health, Dr. Eileen de Villa, wanted to ban indoor dining and fitness classes due to the rising numbers in the city.

She sent a letter to the province, asking them to look into this based off her data, which showed that 44% of outbreaks in Toronto have come from bars and restaurants.

But Ford said he needed to see “hardcore evidence” and wouldn’t shut down the industry and destroy people’s livelihoods.