The Province of Ontario confirmed there are 165 new known COVID-19 cases on Wednesday morning, with two more reported death from the illness.

The new cases are an decrease from Tuesday’s 203 —which reported the highest numbers in almost a month.

But today’s case are an increase from Monday’s 135, and a decrease from the weekend with Sunday’s 164, and Saturday’s 166.

According to Health Minister Christine Elliot, locally 28 of 34 public health units are reporting 5 or fewer cases, with 18 of them reporting no new cases.

Specifically, Ottawa is adding 33 cases, with 25 in Peel and 39 in Windsor-Essex.

At this time, Toronto, Peel and Windsor-Essex remain in Stage 2 of the province’s reopening.

There has been a total of 38,107 confirmed cases in Ontario to date, with 33,812 resolved, and a total of 2,755 coronavirus deaths, according to the province.

In long-term care homes, there have been 5,877 reported cases with 1,788 deaths among residents. 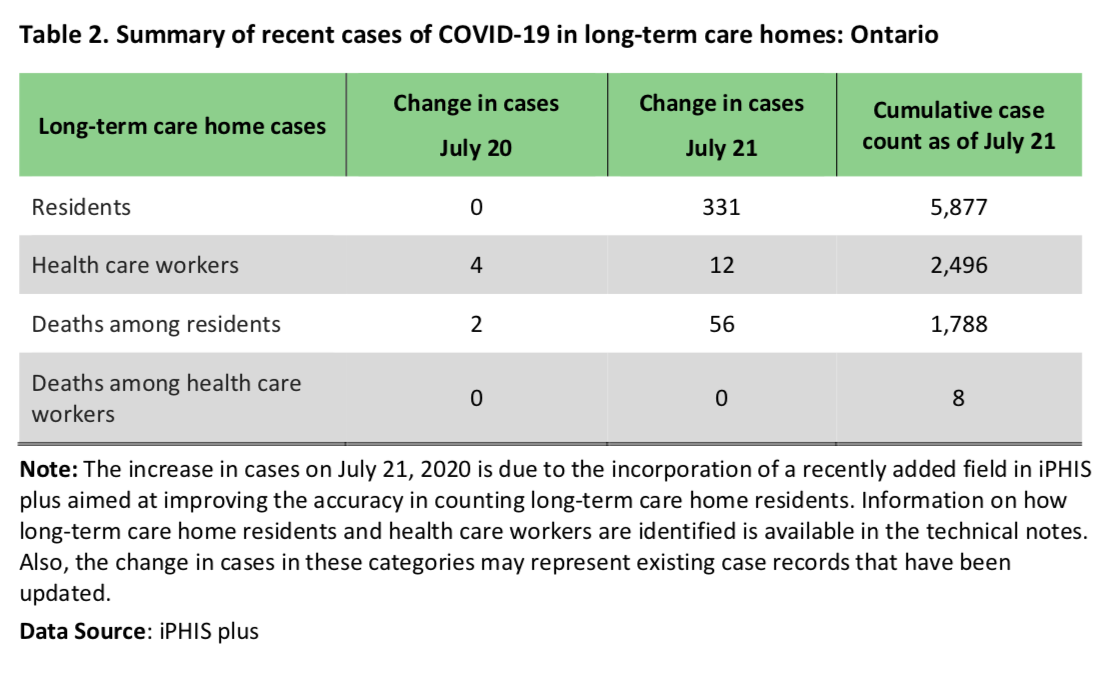