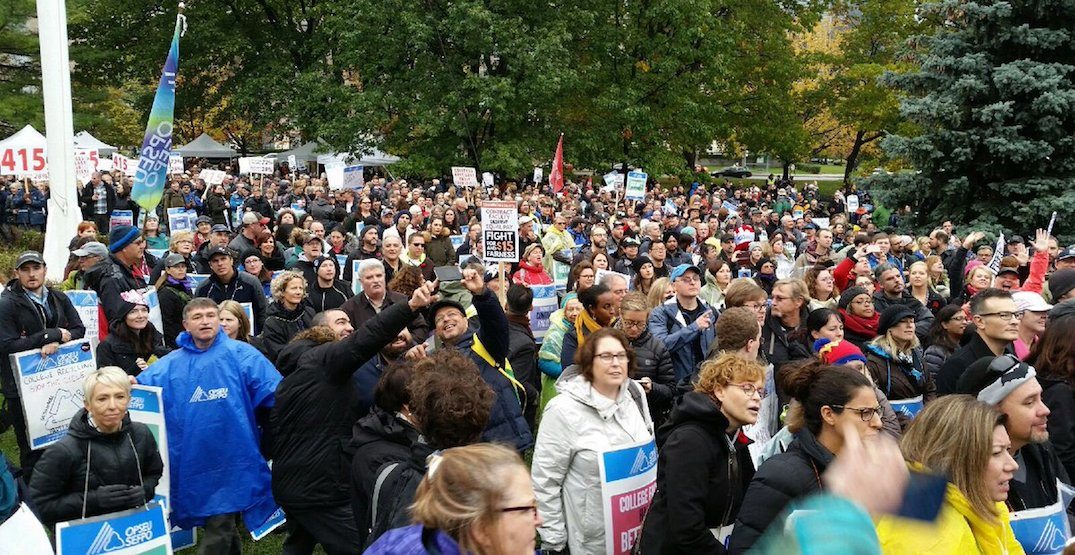 Four weeks into the Ontario colleges strike and the College Employer Council says that the union has refused to accept an offer.

According to the Council, Ontario Public Service Employees Union (OPSEU) has delayed the bargaining process and refused an offer that addresses their priorities.

“OPSEU’s insistence on continuing the strike is a terrible outcome for students and faculty,” said Sonia Del Missier, Chair, Colleges’ Bargaining Team, in a release. “We addressed all faculty priorities and the offer that is available for faculty right now – on the table – should have ended this strike.”

The colleges have now requested that the strike be suspended, and they have asked the Ontario Labour Relations Board to schedule a vote on the colleges’ offer.

“We need to end this strike and get students back in the classroom. We have asked the Labour Board to schedule a vote and let our faculty decide,” said Del Missier.

According to the council, suspending the strike would allow students and faculty to return to class, but it will also allow voting at college campus locations so that the largest number of faculty are able to exercise their right to vote.

But the OPSEU says that the College Employer Council should be working out a deal at the bargaining table instead of calling a strike-prolonging vote on its final offer.

“Rather than continue to bargain, the colleges have called a vote that, in itself, could easily keep faculty and students out of their classrooms for another two weeks,” said JP Hornick, chair of the faculty bargaining team for OPSEU, in a statement.

The Labour Board will be determining the vote date, but it is expected to take between 5 to 10 days to organize, says the colleges.