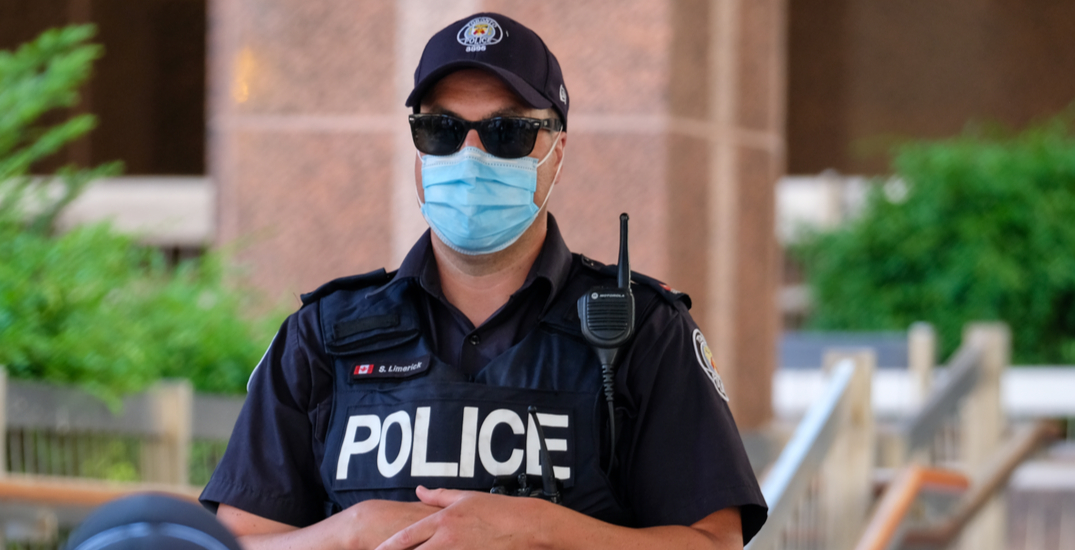 The Government of Ontario has reversed its decision to allow police officers to stop people and drivers at random who are out during the Stay-at-Home order.

In a statement sent to Daily Hive, the office of Ontario’s Solicitor General said that the province had “refocused” the measure, which took effect on April 17.

Instead of being able to stop people arbitrarily, police will now need a “reason to suspect” that someone is participating in a social gathering or public event in order to stop them.

“If a police officer or other provincial offences officer has reason to suspect that you are participating in an organized public event or social gathering, they may require you to provide information to ensure you are complying with restrictions,” the statement reads.

“Every individual who is required to provide a police officer or other provincial offences officer with information shall promptly comply.”

According to the statement, the province’s priority is to discourage gatherings and crowds that violate the Stay-at-Home order.

The government said the enhanced police powers were introduced so that officers could “put a stop” to such gatherings, which have the potential to further the spread of COVID-19.

“Although the vast majority of Ontarians have respected the public health measures put in place, individuals continue to put others at risk by gathering with those outside of their household,” the statement reads.

“It is critical for all Ontarians to respect the Stay-at-Home order and stop the spread of COVID-19.”

The measure was one of several new and enhanced restrictions announced by Premier Doug Ford on April 16.

It allowed police and other enforcement officers to stop any individual or car that was outside during the Stay-at-Home order, which is in place until at least May 20.

Officers were able to ask people their reason for not being at home, as well as for their address. Anyone who didn’t answer could be given a $750 ticket.

The measure was met with intense backlash, and police departments across Ontario said their officers would not be arbitrarily stopping people.

Prior to the government’s announcement that it would alter the order, The Canadian Civil Liberties Association (CCLA) called the order “very concerning,” and said it was looking into taking the government to court over it.

The association said in a statement that it would be putting the legal challenge “on pause” following the government’s decision to alter the order.

“The new standard is also tied to a public health objective, and avoids arbitrary detention.”