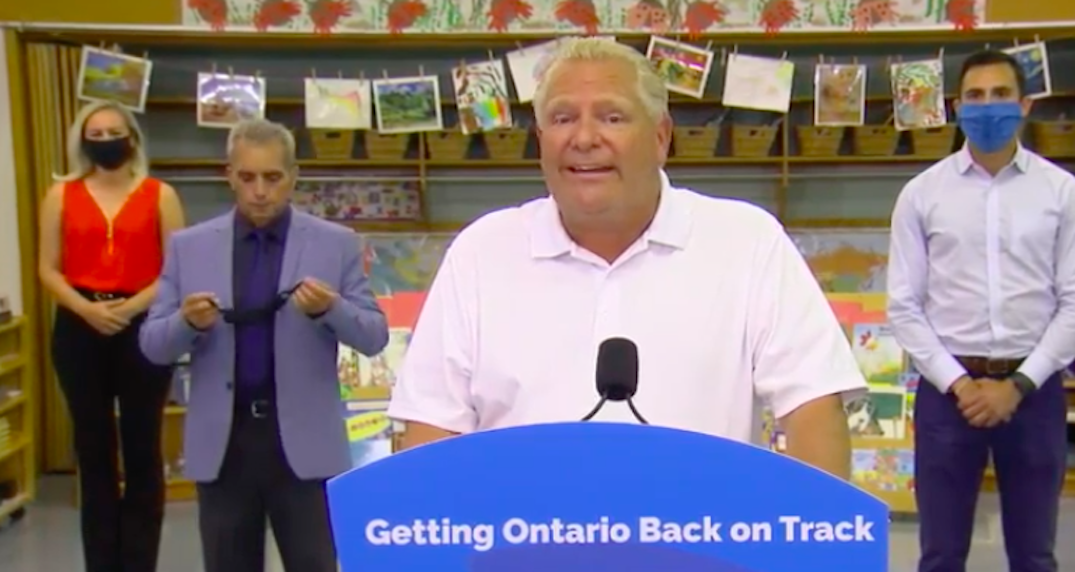 The Ontario government is investing $15.9 million to build a new Catholic school in Etobicoke.

This project is part of the government’s $12 billion investment over 10 years in new and existing schools, with over $500 million to be invested this year.

The funding is aimed to help build and expand schools, complete major renovations, and create more childcare spaces across the province.

“Ensuring our young people have access to modern classrooms and the best education is absolutely critical to helping them get a good start in life,” said Ford.

“By building, expanding and renovating our schools, we are creating a learning environment where our students can flourish and chart a path to lifelong success.”

According to the province, the Toronto Catholic District School Board’s new elementary school will accommodate 600 students at Royal York Road and Eglinton Avenue — it’s located on the former TDSB site at 100 Allanhurst Drive, in Etobicoke.

“We are investing in the children of Etobicoke by finally delivering funding for a new Catholic elementary school so students have modern buildings that support excellence in learning. I want to thank MPP Surma for her strong and unrelenting advocacy for her community, to move this project across the finish line.”

The provincial release adds that the government is committed to investing up to $1 billion over five years to create up to 30,000 licensed childcare spaces, including up to 10,000 childcare spaces in new schools.