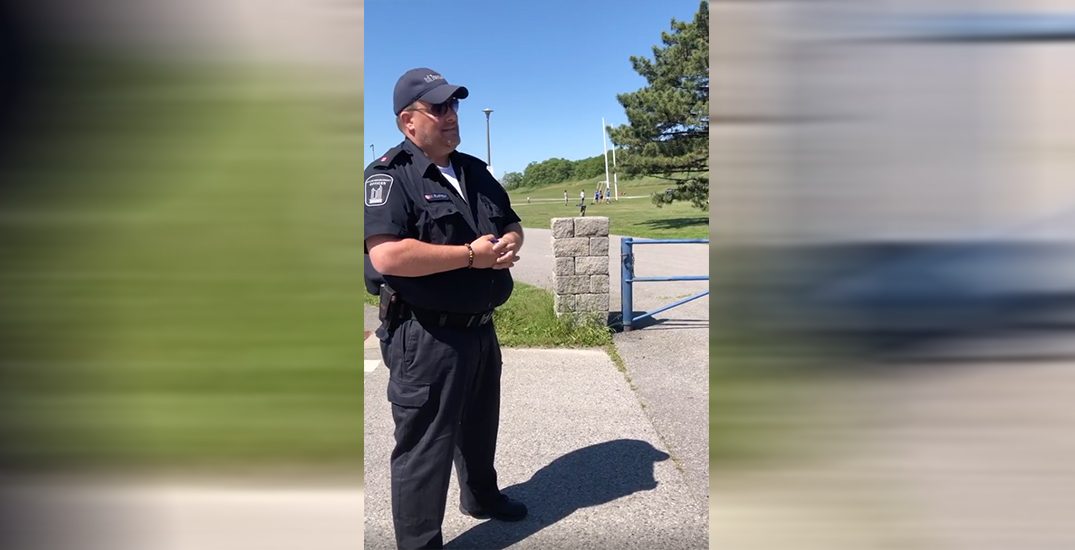 The Toronto Ombudsman will be reviewing the City’s investigation into a bylaw officer after he allegedly racially profiled two Black women in Centennial Park on Tuesday.

A video was posted onto Instagram Wednesday by one of the women involved in the incident.

The video shows both women questioning the bylaw officer on why he asked for their identification and not for the identification of two other park users.

“If this was my home I would be Licensed to shoot”~The words of M. Rushton

The other two people shown in the video, corroborated the claims made by the women and said that they were not asked for any form of identification.

One of the women in the video also said that the bylaw officer allegedly told them that “If this was my home, I would be licensed to shoot.”

Originally, the City of Toronto launched an investigation into the incident.

“No bylaw officer should ever threaten or even suggest violence. The allegations made are extremely disturbing and warrant a full and complete investigation by City staff – an investigation is already underway by municipal licensing officials with assistance from the Confronting Anti-Black Racism Unit – City of Toronto,” said Toronto Mayor John Tory, on June 16.

The Ombudsman informed the City Manager that she would be reviewing the investigation yesterday afternoon.

“Ombudsman Toronto is not investigating the incident at this time,” Susan Opler said. “But we will be reviewing the City’s investigation to ensure that it is fair, thorough, and transparent. It is essential that the City take responsibility for investigating what happened. But the public needs to have assurance that there will be independent oversight of that investigation.”