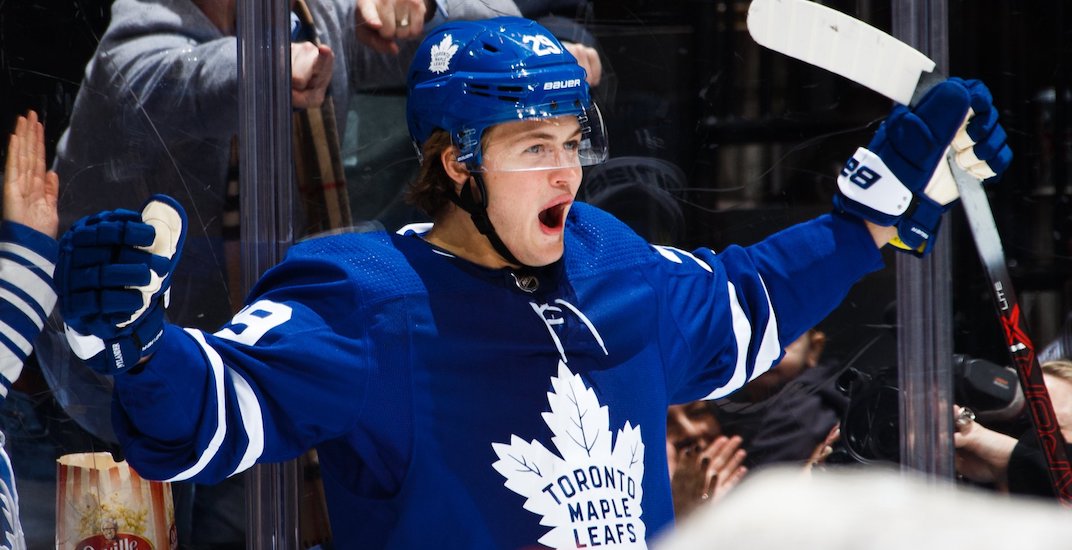 William Nylander is switching numbers next season, opting for the same jersey number he wore when he starred as a teenager for MODO in Sweden.

Nylander is switching from No. 29 to 88, becoming just the second Toronto Maple Leafs player to ever wear the number, with Eric Lindros being the other.

In a classy gesture, Nylander has offered to pay for his fans to get his updated number.

“I’ve got you covered Leafs Nation, go to [Real Sports] to have your jersey recrested on me,” Nylander announced on his social media accounts.

Making the switch … what’s old is new again #88 I’ve got you covered Leafs Nation, go to @realsportstoronto to have your jersey recrested on me.

Real Sports has confirmed the offer, allowing fans to receive a free cresting swap to No. 88 on existing Nylander jerseys until December 15.

Nylander can easily afford to do this of course, given that he’s set to rake in $9 million of his $45 million contract next season. The 23-year-old is looking for a bounce-back season, after scoring just 27 points (7-20-27) in just 54 games last year due to a contract dispute.