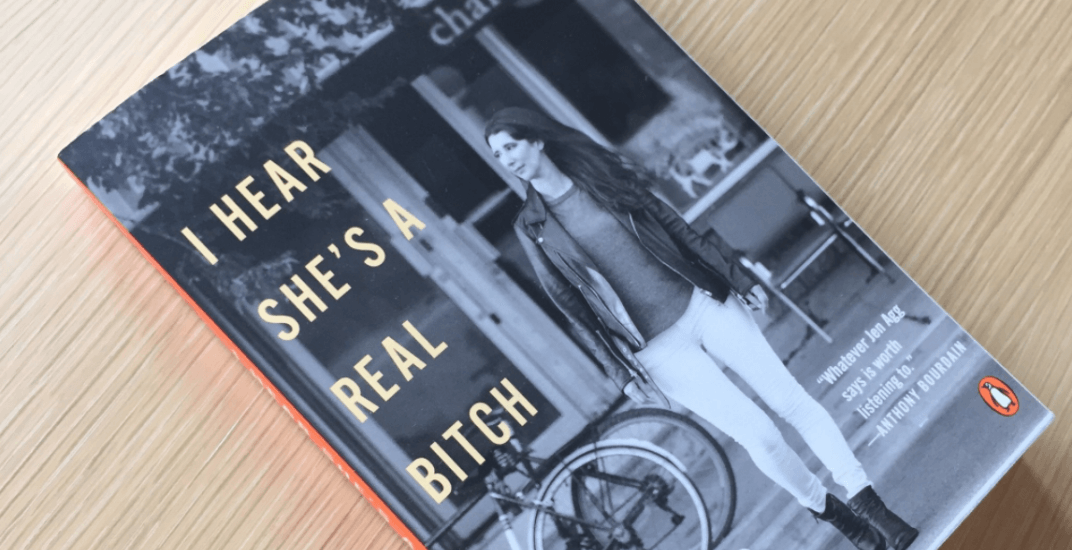 The Canadian restaurateur Jen Agg is relentlessly digressive in her memoir — one of the truest signs of self-regard https://t.co/gpFjQlP3YA

“Relentlessly digressive,” “sometimes unbearable,” and a “feminist diatribe” are how NYT reviewer Tamar Adler describes the book titled I Hear She’s a Real Bitch, as she simultaneously notes that “Good memoirs exhale humility. Agg is too proud of herself for that.”

The Canadian restaurateur Jen Agg is cocky, profane, pro-conflict — as only men are “allowed” to be https://t.co/bcFVVcBXkk

The review was harsh enough that even celebrity Chef Anthony Bourdain has come to her defense, posting to Twitter that “The NYT review of her book is a shameful, dishonest badly written turdlet,” before addressing Agg directly, “…in case you need reminding, your book is great”:

And while I’m on the subject of Jen Agg aka @TheBlackHoof . The NYT review of her book is a shameful, dishonest badly written turdlet.

And just in case you need reminding, your book is great

Of course, Agg herself has had a few choice words in regards to her critics, though she claims on Twitter she hasn’t bothered to read the review herself.